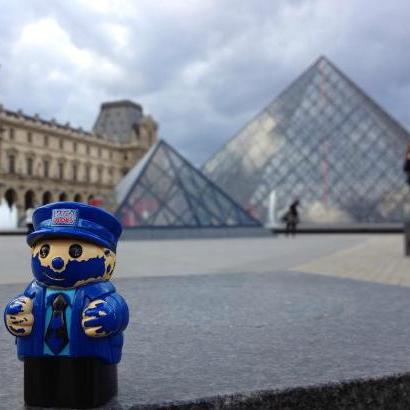 Gus Stiver has not received any gifts yet

Please provide a brief Author Bio ( 60 to 100 words maximum, please. )
My name is Gus Stiver. I research and write on the topics of Mary Magdalene, the Divine Feminine, and the mystery of Rennes-le-Chateau. Everything I know about metaphysics and spirituality I learned from my dealings with the Priory of Sion.

Are there additional websites where you can be found?
http://gusstiver.blogspot.com

My name is Gus Stiver and I was led to a spiritual awakening by being an online troll! Yes, I was that guy who would deliberately take a contrarian point of view in order to stir things up. Let me explain…

Gus Stiver is a pseudonym. As Gus Stiver I administered a popular Facebook discussion groups about the esoteric mystery of Rennes-le-Château. Rennes-le-Château is that backwater village in the south of France that had a priest who supposedly discovered a secret that may have had to do with the bloodline of Mary Magdalene and the Priory of Sion, a secret society that protects this bloodline. You are probably familiar with the books that popularized this mystery, Holy Blood, Holy Grail and The Da Vinci Code.

For several decades, I had been a lurking observer of the Rennes-le-Château mystery. In the aftermath of the Ben Hammott debacle, I decided to speak up by pointing out inconsistencies in Hammott’s confession narrative. I published a book about one aspect of that mystery entitled The Truth Behind the Ben Hammott Confession Hoax. I also actively sought out Rennies on Facebook and formed a very active discussion group in which Rennies and Magheads of all varieties came together to share their ideas, stories, theories, and delusions. Alternative viewpoints and audacious claims were encouraged and enjoyed by all. Rennie businesses and publications were promoted. The discussions were sometimes funny, sometimes informative, sometimes crazy, sometimes confrontational, but always compelling.

Two remarkable and related things happened to me during that time. First, my own perspective on the mystery began to unravel. My own approach during that time was to be sometimes flippant, sometimes ironic, and sometimes serious. I often argued from different points of view, often contrary to positions and people with whom I actually agreed. That is to say, I would inhabit and argue from points of view radically different from my own. As a result, my own understanding of reality was undermined, my worldview disrupted. My satirical versions of oddball theories began to seem just as valid as what I thought were the facts. I was no longer certain what was I believed. How an idea resonated with me began to seem just as important as whether that idea was supported by verifiable, documentary evidence. I realized that some deeper Truth was acting upon me subliminally. As a result, I became intellectually and emotionally confused. I lashed out. I misbehaved. I eventually retreated into a program of meditation, self-reflection, and self-transcendence. I had not expected a spiritual awakening to be the result of my involvement with the Rennes-le-Château mystery, but that is exactly what happened!

The second unexpected and remarkable thing that happened was this: The Priory of Sion contacted me. Throughout this entire online episode, certain individuals would feed me ideas, claiming to be representatives of the Priory of Sion. They would send me unconnected facts, pseudo-facts, assertions, theories, gossip, and even outright nonsense that I would then present as my own. I don’t know if these people are actually representatives of the Priory of Sion. I have never met them. I don’t know whether anything they told me is true. Much of what they told may very well be disinformation or some sort of joke. The fact is, they seem to have been attracted to the online mayhem and silliness that I created as Gus Stiver. I stole their ideas and presented them as my own. In doing so, these ideas immediately became suspect and were discredited simply because they came from Gus Stiver. But this seemed to be exactly what they wanted -- a discredited troll through which to float certain ideas and ‘facts’. Some of these ideas and facts resonated with certain members of the Rennie community. Most people scoffed.

It is to this role and to these disparate ideas and unconnected pseudo-facts that I now return. I will be presenting and enlarging upon some of these ideas here. But I warn you, I cannot and do not claim that anything I say in this blog is real or true. I am merely the editor, collator, stylist, and online expounder of ideas fed to me by individuals who may or may not be Priory of Sion and who may or may not be winding me up.

Why would the Priory of Sion play this sort of game? For a possible answer, I quote two related passages from The Templar Legacy by Picknett and Prince. Before you dismiss my and my writings as more Rennie obfuscation, I urge you to consider carefully these words from two respected researchers of the mystery:

“Our experience of the Priory of Sion and its modus operandi is that it glories in quite deliberate and detailed misinformation. Behind this smokescreen of full-scale nonsense, prevarication, and obfuscation, there lies a very serious, very single-minded intent.” (p. 44)

“There are, however, reasons to make use of paradoxes -- even blatant absurdities. We tend to remember the absurd, and, furthermore, illogicalities that are deliberately presented as scrupulously argued facts have a curiously powerful effect on our unconscious minds. After all, it is this part of ourselves that creates our dreams, which operate with their own kind of paradox and non-logic. And it is the unconscious mind that is the motivator, the creator, which, once it has been ‘hooked’, will continue to work even on the most subliminal message for years, extracting every last bit of symbolic meaning from a tiny scrap of apparent gobbledygook.” (p. 46)

Apparently, I am ‘hooked’. The absurdities and illogicalities of Rennes-le-Château and the Priory of Sion have had a curiously powerful effect on my unconscious mind. Let me share some of those absurdities with you.

In the Beginning was the Word: The Magic of Language.

What came first, the object or the word? We naturally believe that early humans perceived a world full of things and objects and then began affixing word-labels to them. In fact, the opposite is true.

Early humans did not perceive the world primarily through the left hemisphere of their brains (LH) in the way we do now. Engagement with the world was first and foremost a right hemisphere (RH) engagement. Remember from Part One the different ways the two hemispheres of the brain have of…

Brain Lateralization, Language, and the Reality of the Divine Feminine - Part Two

As a thought experiment, try to imagine what the world was like for pre-literate humans. Certainly their conception of the world was different. But what about their perception of the world, did primitive humans experience a different reality? We naturally want to say no. Our senses have not changed and we inhabit the same reality so it seems obvious that, other than the changes history has wrought, pre-literate humans inhabited and perceived the same world as we do. The…

‘Time is Dissolving’: The Priory of Sion and the Divine Feminine.

Recently, a representative of the Priory of Sion declared that ‘time is dissolving’. In this article, I will explain what the Priory of Sion means by this. I will explain that this declaration is not a metaphysical claim about time itself. Rather, it is a claim about how we experience time. In short: how we experience time is an illusion that we have projected into experience and this illusion is now dissolving. This unnoticed illusion is the reason for our great success as a…

Brain Lateralization, Language, and the Reality of the Divine Feminine - Part One

It is a tenet of Buddhism that we do not experience reality as it really is. Modern psychology and neuroscience support this notion. The thoughts, feelings, perceptions, and cognitive algorithms that shape our experience were not designed to give us ‘Truth’ or to depict reality accurately, but to help our ancestors survive and reproduce within their specific evolutionary setting. Evolutionary psychology has discovered that our cognitive systems are designed to give us experiences that are,…

TAKE CHARGE OF YOUR LIFE: Inner Leadership to create life and business

Self care practices and their essentiality

Sapiosexuality: The Mysteries of Mental Attraction