If Mercury isn't retrograde...why do I feel like it is?

Mercury is not retrograde until February 23rd but how come it still feels like we are in perpetual Mercury retrograde? I know I am in some craziness when I try (more than once) to use the Comcast remote control to make a phone call. No wonder I have such a hard time getting through! I blame it on Uranus but it could also be hormonal.

The Sun is still conjunct Pluto so expect a more intense time of it all around. Try not to take things too seriously…

Education, and Life, are not meant to be easy

Education, and Life, are not meant to be easy.

A great many people who read this article are going to disagree with me and will want to suppress the opinions that I state here.  But a few people will attune with my views and will applaud them and recommend them to others.

Ultimately, this article has a spiritual message.  Read on ……

The New Dawn of Souls

Much has been spoken about the Mayan calendar’s end on December 21, 2012.  As the widely anticipated date has come and gone, it has left in its wake much wonder for the spiritually minded about the course of humanity.  Through shared mediations, visions, messages and stories, it seems a common theme that civilization is being ushered into a new dawn of the soul.  A progression of consciousness in which spiritual souls will not be seen as outsiders, but instead, revered for the unique…

Mirror imaging, also referred to by many as the Law of Attraction, is a very simple concept and when it is understood it can literally change your life. The concept originates from the idea that we are all one or that we are all connected and that each of us is really an extension of the other. In quantum physics we understand through the examination of entities at the quantum level that all energy is connected and as Albert Einstein said, “Separation is an optical illusion”. 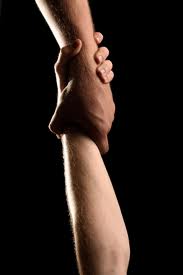 The disconnected self. We all may feel this way, at least on occasion. The sensation exists that we are beings separated from each other by space, time, or material construction. We will categorize and classify these differences and even exploit them if it suits us. However, as different as we may be, we also cannot deny our connections and similarities.

WAKING UP TO LIFE

Some time ago, a woman with a gun in her hand demanded of me and my companions that we provide good reasons why life is worth living. Otherwise she was going to terminate us.

I thought to myself: This is the very question that I've struggled with for so long and now I am being forced to provide a definitive answer. Do I make up some fancy reason and perhaps escape with my life? But if I lie, then my life is not really worth pursuing.  How many times have I dreamed and read…

Searching for the Holy Grail

Who of us can resist a book or movie that features a heroic quest, especially one that features the enigmatic Holy Grail? To discover whether the grail is myth or reality, let’s take a look at the history of objects believed to have special powers. Celtic legends of magic cauldrons and ‘horns of plenty’ fueled human imagination long before the 12th century writer Chrétien de Troyes first penned the original grail story, Perceval le Gallois (known later as The Count of…

What Remains When You're Gone? 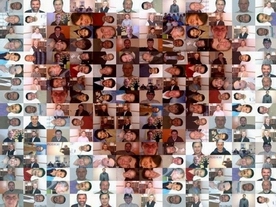 Sometimes I like to sit and think about my life. What will it be like five or ten years from now? Will I have realized my dreams from today? What kind of new dreams will I have? I remember being in high school and thinking being 21 was so old. After 21 came and went, I realized how age and the concept of "old" is really just relative to who you are at the moment and…

A Four-Year-Old and God

I am lying in bed with my 4-year-old son, a place where it seems almost all of our most important interactions take place lately, when he turns to me and asks, “Why wasn’t I born when Ali was alive?”  Ali is my little sister who passed away twelve years ago.  She was 17 and I was 20.  I sigh, feeling a familiar sadness seep into my eyes, and answer him, “Because when Ali was alive, mommy didn’t have any kids yet.  I was still pretty young.”  I expect him, as he usually does, to try to set…

The Relaxed Soul on “Karma and Thinking”

Karma brings about ailments of the body, be it physical problems of the legs and arms or internal problems such as asthma, diabetes, heart conditions, or emotional imbalance, being emotionally closed off, or negative attitudes.

But all of these can be thought of as gifts, or they can be egocentric ways of wanting…

You and the New Consciousness

As you probably know, Dec.21, 2012 marked the end of the Mayan calendar. In the months leading up to that date, many people speculated whether the earth would suffer a catastrophic event that would destroy it. Those who are spiritually conscious believed that the date held a deeper meaning than the obliteration of the physical world: the transformation and upward spiraling of humankind’s consciousness from one of fear and separation to one of love and unity. Although it’s difficult to pin a…

THE RETURN OF THE SACRED FEMININE USHERS IN SPIRITUAL GIFTS

2012 was a year of revelations, ancient fulfilled prophecies, reconnecting to nature and many light workers preparing for the ascension. It will go down in history as a year of…

The word "spiritual" has many concrete definitions and many faces.  A common misconception about being spiritual is that defining oneself as such is contingent upon being "religious". Being "religious" means to subscribe to particular set of laws designed to show respect and humility to a particular deity or deities who are believed to be representatives of a higher power, that is all. Spirituality recognizes all representatives of faith.

Another view of sprituality lends its origin…

"POTENTIAL" BALLOONS OR BLOWING AWAY STRESS

In my healing room I do psychic counseling, mediumship, chakra clearing, hypnosis and a number of other healing modalities. On my desk I keep a glass jar of “potential” balloons. Probably most of us are familiar with those little balloons that frequently decorate a child’s party.

Why do I call them “potential” balloons? Because no one has taken the time to blow air into them. Uninflated balloons cannot float on a passing breeze. They are flat and lifeless. I keep those…