You Are An Alchemist When You Bless

You Are An Alchemist When You Bless

When you bless, you create a beautiful energy of the connection with everything.

Symbolic consciousness has seized control of the evolutionary dynamics of life on Earth and deeply impoverished the planetary ecology.    - Peter Reason

Imagine a world without language, images or the written word.  Imagine an organism with awareness of self, a sense of community and yet no way to share their world with another.  An intense inner world fueled by instinct and survival and yet a consciousness that understands our connection.  It was out of this that the world as we know…

Having lived with Indigenous People’s, there is much to be learned from ancient wisdom. This planet emerged from billions of years of interconnecting systems that evolved through trial and error into the reality that exists today. For generations, the guiding belief underlying science, religion, Western culture and other institutions, is that the human experience is separated from the environment…

Through the heart, we come to realize that all the things we have ever fantasized about or dreamed about in terms of an endearing relationship, or even in life in general, can become a reality.

Through the abundant flow of emotions that erupt…

What do Michael Finley, Dune Lankard, and Gore Vidal Have in Common? 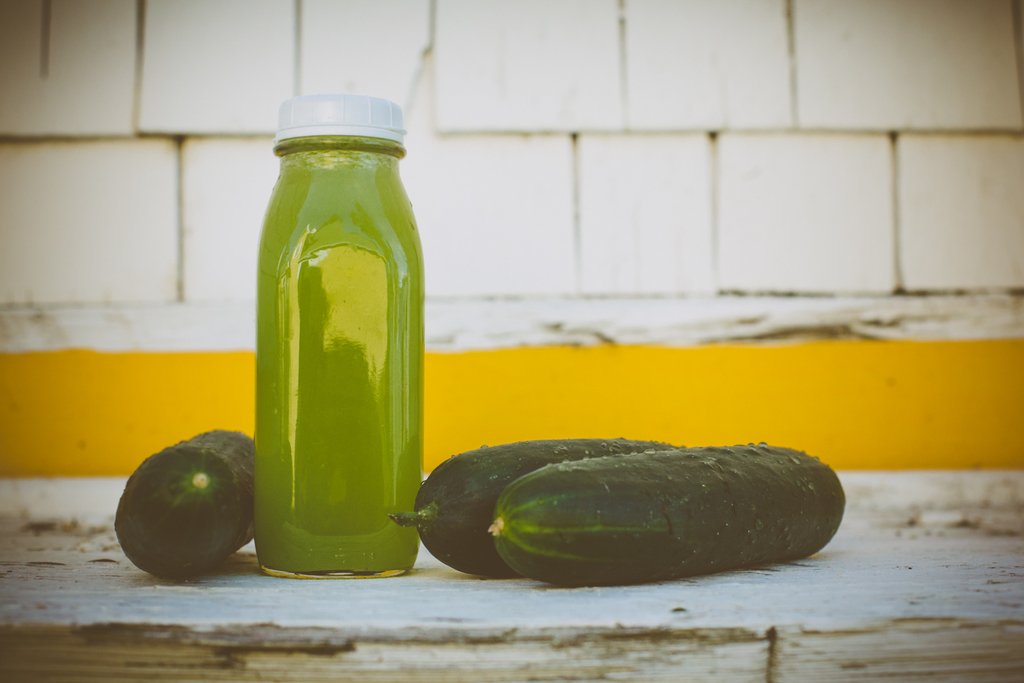 In Clinical Psychology we used to talk a lot about baseline. The first thing a clinician assesses is the patient's baseline level of functioning. Sadly, when I was in the field, many times our team assessed a first psychiatric break, meaning our patient suffered a 'break' from reality. The baseline level of…

Change Your Thoughts, Your Life, Your World

I’ve spoken often about Be the Change. I love the idea of Change. Change is our privilege, a function of our free will, and it exercises autonomy in our lives when we learn how it functions and how to use it wisely and well.

In order to change, you have to decide that’s what you want to do. There isn’t something in the Universe that sticks out a giant wooden spoon and stirs up your life. I know that sometimes we’d like to put the blame “out there” but sorry, folks, “in here”…

“18 Benefits of Senega Root - Great for Getting Rid of Mucus”

The Relaxed Soul on “Angels to the Rescue”

A terrible car accident takes place and a car rolls over on it’s roof.

and a large man is trapped inside shouting “God Help Me”. …

Life is a buffet of experiences with a myriad of choices and endless directions to go in. We all need to channel our inner “Indiana Jones” sometimes, especially when it comes to the unexpected events in our lives.

Wouldn't it be lovely if we could pick and choose all the many changes that come into our lives? No more being at the mercy of sudden unforeseen events but rather, changes we have given thought to and made an informed decision about.

We tend to be creatures of…

Connecting to your Intuition by the Numbers

How many of you have had a "paranormal experience"?

Perhaps you got cold chills and felt a presence in the room with you. Maybe you have seen shadows or flickering lights in your peripheral vision.  You may have heard your name called only to find out no one else was home at the time.  Some of you may even have seen outright visions or spirits. Add to those experiences prophetic dreams, intuition, gut feelings, astral travel and dejavu and I think you get the picture. If truth be…

Live The Art Of Your Life And Leave A Masterpiece

The most basic of the twenty-four principles or elements of the Universe found in the Indian holistic healing practice of Ayurveda is called “Prakruti” or creativity. As human beings, we are first and foremost creators. Our individual creativity is the essence of life on this planet. What we create is the only tangible thing that we leave behind when we die. Our life is the…

How to Increase in Intuition - 30 Days of Raw Juicing 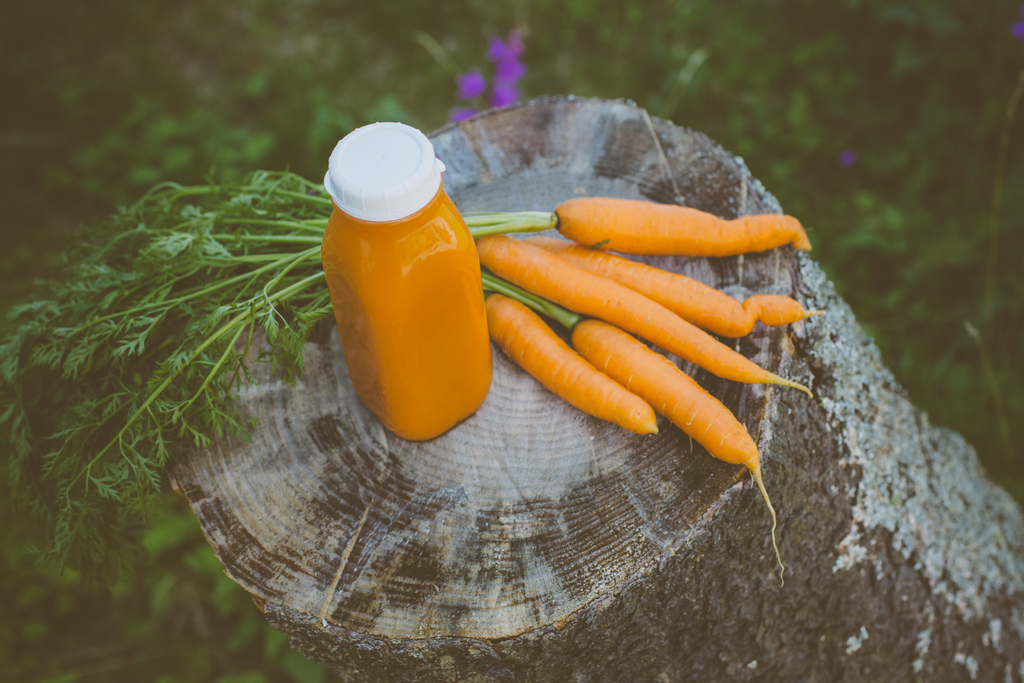 After returning from a week in Costa Rica, I felt energized, buzzing with pure pristine energy from life in the rainforest. When I got back home, I used the expansive energy for as long as I could. It lasted for about a week and materialized through my writing. I wrote a script through those glorious seven days.

Thoughts of Indigenous tribes takes us back and connects us to another time, a time when we trusted our intuition and knew how to be stewards of the earth. It was a time when we felt a deeper connection to everything. In today’s world we are losing our connection to not only each other but to our beautiful mother a well. With so much information coming at us all the time we are beginning to lose touch with what is really important. Ask yourself what is important to you. Are you more caught…

I Love You, Boo 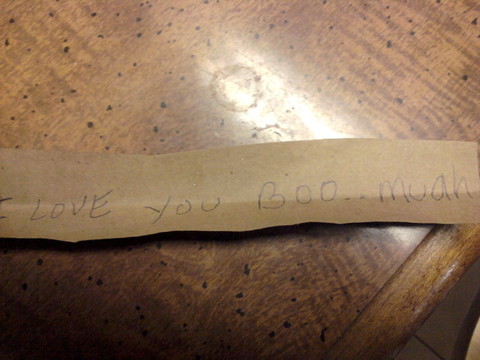 Almost five years ago, a friend of mine and I went to see Paul McCartney in concert in New York City. While there, we decided to visit the Rock & Roll Hall of Fame Annex. It contained an exhibit about John Lennon designed by Yoko Ono. The exhibit itself really moved me. It was altering.

The exhibit contained a collection of personal items and photographs.…

“13 Reasons Why Meditation is Important for Diabetics”

A study in the American Journal of Cardiology showed that teaching people to meditate lowers blood sugar. 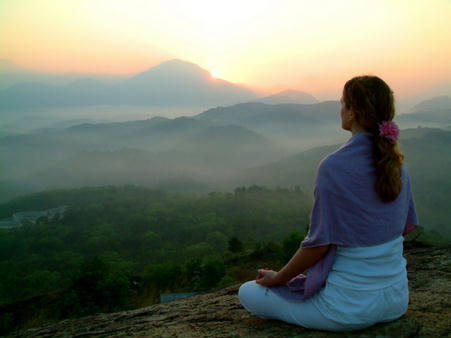 A study at Cedars-Sinai…

The Relaxed Soul on “In the Presence of Divinity”

There was scientist who photographed aura’s around the world with a special device.

He met lots of saints and gurus and photographing their auras.

Almost all of them had small auras of self concern… …

I stood at the bus stop for less than five minutes when I felt something hit the top of my head. A seagull flew above me and decided to grace me with his presence. It was disgusting. This wasn’t the first time I’d encountered a seagull.

Seven years ago, I came up out of the T station at Government Center. The moment I got out of the door, a gull flew up, slammed into the right side of my face and took a piece of food right out of my mouth. The whole side of my face was black and blue;…

Death. The very word casts a pall of doom. Why is it so upsetting to us? Perhaps because it conflicts with two different ways in which we know the world. If both of these ways told us we are nothing more than matter, merely a conjunction of atoms, death wouldn't bother us. We would just accept that as the way the world is. But we know intuitively that we are immortal beings. Our sense perceptions, though, tell us we die and cease to exist. We see that the person we knew is gone. The body…

Papaya Seeds are usually thrown away but new research shows that these little seeds have great health benefits. 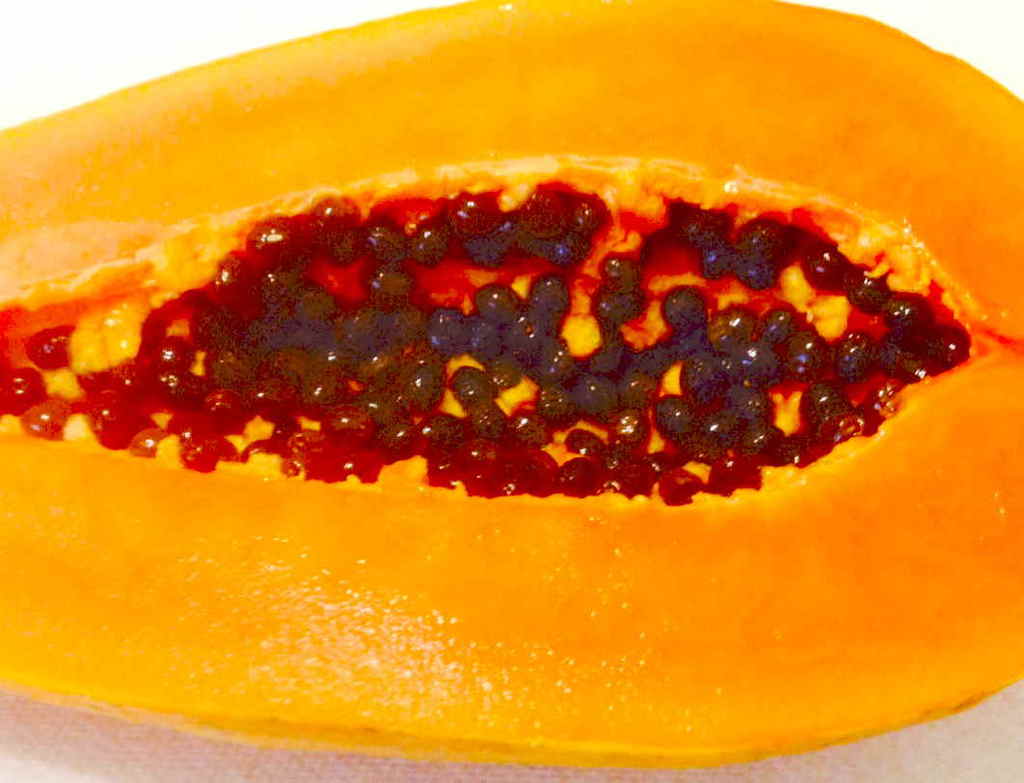