Ask any successful capitalist and he will tell you that capitalism is the Holy Grail of modern economics.  But, something is happening.  As capitalism’s limitations become more and more apparent, economists, professional and otherwise, are attempting to mitigate its inherent flaws by calling for a return to ethical or “conscious” capitalism.  Paraphrasing Einstein, if you cannot solve…

Millions of people are looking for a magic supplement and herb combination that will increase their health and vitality. People are ingesting Coenzyme Q, pycnogenol, magnesium, Vitamin C, Gingko, Echinacea and thousands of other products and combinations. In many cases, these supplements give a slight energy and health boost, however, for most people, much of the increased need for nutrients is due in a significant part to a high level of daily physical and/or psychological…

Do Dogs See Spirits? Yes. In my readings I frequently come across dogs who not only see spirits of other animals but actually interact with them. When I do a distance reading and hold the photograph of the dog, I may see other animals alongside that dog. Sometimes it's clear that the dog is one who has departed and is acting as a spirit guide and companion for the still earthbound friend; other times I need to seek clarification from the human. In many cases, I'll ask questions that get an…

I am pressed
against the truth,
discovering more
of who I am,
freeing myself
of the shackles,
put on
by some imaginary
prison guard.

I am liberated, loved,
and singing songs
of…

The audience was standing room only at the breathtakingly beautiful and historic Stage Neck Inn overlooking York Harbor in Maine. An extraordinary experience began during the evening, when impressions of an audience member's…

Is Procrastination Spinning Your Wheels?

According to the Merriam-Webster dictionary, the definition of procrastination is “to put off intentionally the doing of something that should be done.” But if we really think about it, what does procrastination really do for any of us?  In most…

The Magic of a Mystical Mind

The Magic of a Mystical Mind

What exactly is the mystical mind? Is it so much different from the normal way we have been programmed to think as humans? What is different about those who possess the metaphysical skills to heal with energy and to read and transfer thoughts telepathically that makes them able to operate on such magical terms?

There is no such thing as a Dumb Animal (?)

(Hi Trevor, this is a bit different from some of my other posts, as my channel has opened up to something slightly new. I don't know quite how to articulate what I mean, but it's like the amps have been turned up. 'These ones go to eleven.' )

Humans have been purported to be the most intelligent animal for centuries, because we are ‘blessed’ with rational thought. Other members of the animal kingdom have been given a kind of hierarchy according to how close they come…

To Be An Emissary of Compassion

We live in a dynamic place of complimentary opposites – positive/negative, male/female, light/dark. When we are born into this plane of complimentary opposites, the unconditional becomes conditional. However, somehow we are still able to grasp the concept of being unconditional even as we are being conditional about love. Just as we are able to grasp the concept of being one, while we are being more than one. We don’t see it logically with our mind, but we know it is true at some other level…

All abuse is accompanied by favors and acts of kindness. These “loving” acts of kindness solidify the state of codependency because it perpetuates the utter indifference that most people have to their own diminishing, humiliating, ongoing abuse.

If you are currently in a relationship and you are suffering (to any degree) because of it, then you are being abused—no matter how caring that person may sometimes appear to you on the surface. This is symptomatic of the phantom prey, which…

Why would you ask for an energy clearing of the space you occupy? A good reason to request a clearing is that the psychic/spiritual energy you have in your home or office affects the way you feel and act. Energy from the people and activity in any enclosed space creates a field of morphic resonance that many times exerts at least partial control over the moods and thoughts of the people who live or work there. To accomplish your life desires with…

Light Workers are Human Too!!

Who are these supernatural human beings who appear to posses above-average gifts of healing, intuition and immense wisdom? In the modern day New Age movement these beings are referred to as Light Workers. They serve the highest order of light, the light that is all, the light that is of the Supreme Creator. Their purpose: anchor the light onto the Earth so that all beings without… 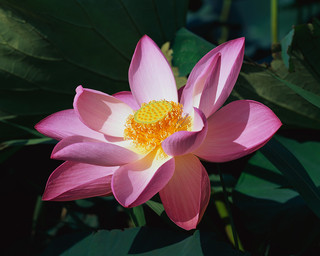 Psychic readers, counselors, healers and other practitioners have spent many, many years extricating themselves from a history steeped in misunderstanding, fear and even down right fraud. From the days of burning witches to more modern scandals and fraud claims, the decision to publicly declare yourself a psychic practitioner is not always an easy one.

Alchemy has had a bad rap. The education of an engineer, or of any of the professions involving the traditional sciences, systematically squelches even the slightest interest in spiritual, mystical, psychic, and other non-physical explanations of the natural world. (I’ve had to do a lot of unsquelching over the years.) High on that list of taboo topics is…

Our reality, in the third dimensional realm, is rooted in the concept of space and time. Our physical bodies are formed within a specific space, we are born at a certain time and, as humans, our lives continue to unfold along this linear pattern. As third dimensional beings, in order to live on planet Earth, we must agree to the time-space continuum. Though confined to some degree by…

Why Connect With Trees and Plants?

I had said in my last article that I would share information about vedic astrology. Today on my walk I could feel such an amazing presence through the trees so I wanted to share this article with you. Next month I will share more vedic astrology.

Have you ever noticed the similarity between your body and a tree?

We have legs and trees have trunks.

We have the root chakra and trees have roots.

We breathe air to live and they do the same.

Have you ever heard of a scientist making a discovery and somebody, unknowingly and independently, across the world makes the same discovery?  In science, they call this, "multiple independent discovery".  Evolution, the telescope and even calculus are examples of this phenomenon.  There are many ways to gain knowledge in this world.  We often think of knowledge being learned through scientific inquiry, one discovery on the back of another.  But what if there are other ways to learn? What if…

Whose Picture Paints your Reality?

Our hearts yearn for peace and our souls desire for us to find the Love that exists in every moment, in every interaction and every cell of every being on Earth. Yet there are an awful lot of ways we could be convinced to live a life aligned with fear instead.

If we listen to the mainstream media, for instance, we might find out that there is a World-wide financial crisis that is devastating global economies; we might learn that terror lurks behind every closed door or in the…

Love as Our Roadmap

It seems rather paradoxical that we humans need to surrender to love’s path throughout our lifetime; given that love is the fundamental principal and energy that all of life births through. Yet, for some reason, many of us seem to find it hard to lead from love and allow its wisdom, grace and ease to direct each life choice without getting caught up in some degree of conflict or confusion.  …

A Life in the Day

It is close to midnight, February 28, 2012. Summer is coming to an end and autumn is just a few minutes away. I look back wistfully at all the things I could have done during the holidays.