The AstroSage for September 2010!

Looking at the Celestial Climate for September 2010...… 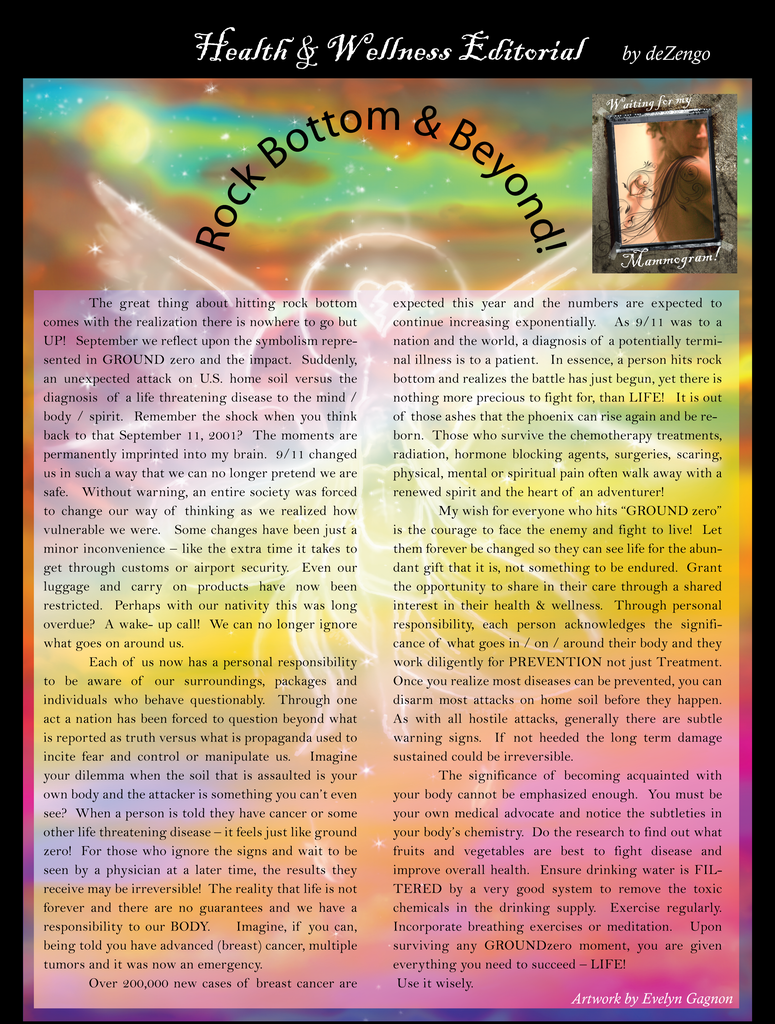 Self Love: "The Greatest Love of All"


SELF LOVE IS DEFENDING YOUR WORTHINESS

Being true to yourself is… Continue

Tonight, with the Sun in Virgo and a full Moon in Pisces, Intuitive Edward Ragosta joins Chris for an interesting evening of spiritual adventure!

Edward is a Virgo and Chris is a Pisces... so the vibe will be “Cosmic”!!!

Edward grew up in an Italian family, which lead to being raised Catholic... which caused him to gravitate towards the Catholic Saints. He was extremely sensitive as a child. Painfully so, often picking up… Continue

In our hurry worry world of demanding activity, wouldn't it be wonderful to develop a method of accomplishing all that we want to effortlessly? I'm not talking
about waving a magic want here. I'm talking about developing a stress-free
consciousness, that allows us to move steadily forward toward the accomplishment
of anything we've chosen…

Dear Naomi,
I just finished reading your book They Sing To Our Hearts and I have a question. You mention several times that animals are able to draw the right family to them. I do feel that my furry family and I are perfect for each other even though we have had several physical and behavioral issues to work through. But it seems through them we’ve grown together in many ways. If… Continue

Improve Your Relationships with Wise Speech

Recently there has been a great deal of media focus on Mel Gibson’s abusive outbursts against his girlfriend. As a psychotherapist working with couples and families I know that there are always two sides in any relationship although no one has the right to verbally or physically attack another individual. Even though directing angry and hurtful words at another is not necessarily life threatening the emotional wounds they create can be just as deep as physical abuse.

From both a… Continue

The Health Benefits of Tears

For over twenty years as physician, I’ve witnessed, time and again, the healing power of tears. Tears are your body’s release valve for stress, sadness, grief, anxiety, and frustration. Also, you can have tears of joy, say when a child is born or tears of relief when a difficulty has passed. In my own life, I am grateful when I can cry. It feels cleansing, a way to purge pent up emotions so they don’t lodge in my body as stress symptoms such as fatigue or pain. To stay healthy and release… Continue

My experiments with Ayaurvedic Acupressure

What is Ayurvedic Acupunture.docI My experiences
I got interested in alternative therapies when I was not cured of my double vision after a head injury in 1982, and I saw so many side effects of conventional medicine.
In 1997 , I read about reiki in a news item and learnt it.
In 2001 to 2003, my mother used to have fever, which the doctors cud not diagnose.
On TV I saw about SUJOK… Continue

In our hurry up western culture of convenience and material success we are suffering with the loss of our connection to earth and her natural manifestations. Naturally speaking, man and his earth environment are made up of all the same chemical compounds; nitrogen, carbon, oxygen and hydrogen. This means that on a chemical and thus, molecular level, earth and humans share a symbiotic frequency and essential divine aspect. As a culture however, we avoid interacting with nature intimately. Every… Continue

In May 2010, I attended a shamanic retreat in Hawaii which was lead by Wilbert Alix (for more info see http://www.trancedance.com/wilbertalix.do). I would like to share with you a glimpse of what I experienced in the class.


One of the activities I participated in during the retreat was a soul hunt. The concept of a soul hunt is that when we encounter a trauma,…

Transform your Challenge into Opportunity


In our lives we may find ourselves facing situations or tasks that may be too demanding, difficult, or painful. How do you respond to them? Overwhelmed?
Stressed-out?


Do you want to change your response? Change your attitude.

Back in the early 90’s, there was a sit-com on TV called Dinosaurs. I loved it. They talked about important issues with humour. In one program, the two legged
dinosaurs and the four legged dinosaurs were fighting over the rights
to a particular pistachio orchard. One side started carrying signs
that read “We are right.” The one painting the signs got tired
of writing all that out, so just put the initials W. A. R.…

I am enormously grateful for all the events of my life: past, present and future! I am thankful for every person, every situation, every roadblock as well as every win. The twists and turns of my life deserve my unending thanks.

The 7th sense: The correlation between cellular memory and intuition

Its not too late to make New Year Resolutions

Struggling to Sleep? A Few Potential Reasons for Your Missing Zs