Have you ever suffered the emotional knifing of a relationship breakup? Why does it hurt so damn much? Why don’t we say “NEXT!” and smile joyfully as we trip down the road to the Plenty More Fish shop?

The sudden and aching void that forms when your honey, who you thought was your only soul mate, best friend, lover and life companion, gives you the news that “it’s over” can send you down a very dark road.

Sustainable Health Nutshell: Eat a simple easy-to-digest breakfast that's easy on your digestive system and the planet. Try stewed apples or well-cooked grains, and use sweet pungent spices like cardamom, clove, and cinnamon to help wake up your body!

Breakfast is  the most important meal of the day- but not for the reasons that probably come to mind first. It helps to think of our digestive system as a big kitchen- everything we eat has to be 'cooked' to be processed and used to…

The Power of Scent

Fragrances have been casting their spells for thousands of years. As early as 7000 BC, man used fragrant ointments from oils and plants. The Greeks, Romans, Egyptians and Chinese all… 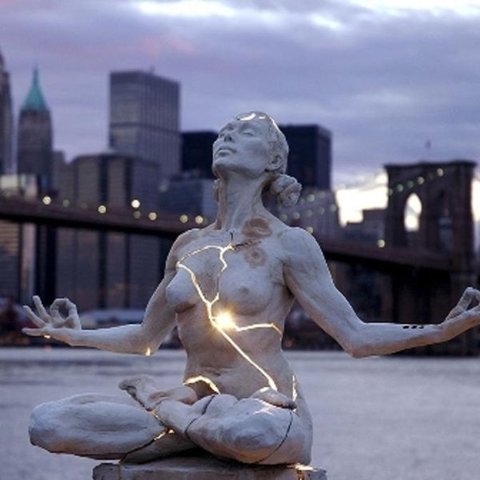 Nearly ten days ago I discovered the Project Seventh website. The moment was monumental for me because I’d been trying to decide the best way to blog my day to day experiences as a professional clairvoyant/metaphysician and the creator of Cosmic Triage™.  For years I’d written about my world in several blogging venues; then decided to give myself a chance with writing my blend of spiritual consciousness at…

In life and woods

The paths we choose

Can lead us anywhere

To wildflowers on rocky bluffs

And uphill climbs that make us tough

Walk your paths with care…

In Buddhist culture, there exists the core notion of the three poisons, which are considered to be the cause of all sufferings.


In English, the poisons are generally…

In our world today, the things that make the big news are the "big…

The following article was written by my husband who is a well respected individual within the HSP Community on and off the internet.  I work almost exclusively with HSP's because I understand them, and I speak their "language" -- I am HSP.

“I am a Highly Sensitive Person.”

Today, I can publicly make such a statement and not feel embarrassed or brace for an onslaught of eye rolling or snide comments from the people around me. However, it wasn’t always…

Many of us are plagued by certain thoughts that we just don’t seem to be able to shake free from. These repetitive thoughts can be annoying, and is some cases they can also be immobilizing if they are truly keeping us from realizing what we want in life. They rob of us peace of mind and impede our spiritual path. How do we rid ourselves of them forever?

First it is important to realize it is the thoughts which make the person. You are what your thoughts are. What ever you have… Continue


In order to move ahead, it's sometimes necessary to move backwards from the end. …

Do you notice the signs that are being placed before you?
Are you aware of the messages that are being given?
In the past week I have received wonderful gifts from many sources.
Taking the time to enjoy the beauty that surrounds you, can be joyous, revealing and enlightening.

A message in the clouds:

I have enjoyed cloud watching all of my life. I remember as a child,…

Are you a victim of circumstances beyond your control or a survivor by choice? Do you feel as though there are powers around you that have taken over your very existence leaving you with little or no control of your own life’s direction or have you gone deep within and touched your soul and brought to surface the strength to overcome all obstacles? Every one of us, at some time or another has felt the archetype of the victim. Perhaps there was someone who treated you badly, maybe even…

Your Life is Waiting

This month marks the end of summer as the long days now give way to darkness. Evenings cool and nights lengthen. Our gardens burst with bounty. The first grains are now ready for harvest. To the ancients this was a magical time marked with feast days. Their agriculture year was divided by quarters based on the movements of the sun marking the solstices and equinoxes. The ancients feasted on these days to herald the changing seasons. Across the world, mid-autumn harvest festivals…