Catching Up with Actress Carly Pope

Many know the skilled actress Carly Pope from a various movie and television roles over several years. Carly is one of those in the business that is constantly working on her craft and pursuing a variety of diverse roles since 1996. Carly was born in Vancouver, British Columbia, Canda and made her American screen debut in 1998.

In the world of Hollywood it is easy to get caught up, but in recently connecting with Carly I have found her to be one of the most humble actors…

To surrender one’s way of being can indeed seem frightening because of what it implies to the ego. To the ego the idea of surrender is basically correlated or entangled with the notion of losing or sacrificing something. The dynamic of the ego is such that it views itself as being involved in some kind of battle with anything and everything that poses a threat to its mere existence. It incessantly perceives every external circumstance as a form of competition and therefore it has the…

The Relaxed Soul on “All is God”

When we sit in the audience and watch a movie… it’s all out there outside of us.

But when we become the screen of life… we are part of “THAT”.

Shepherds Purse - An Edible Free Green that Does Your Body Good

Shepherds Purse herb grows all over the world in temperate climates and was once used by Native Americans to heal many different types of aliments.

It has a fruit that looks like a money purse from the middle ages… thus the name “Shepherds Purse.” For many this is a weed that grows around the yard but for those who know…

What do you do when you wake up beside the man you love, the man you married, the man who not only fathered your child but lovingly participated in her birth, and realize that you are trapped? That you feel anxious, desperate, sad, and gradually like you are fading away? That you binge eat as a way of suppressing the ongoing feeling that something is not quite right and you have a horrible feeling it might be you?

When you are committed to a spiritual path, you come to joyfully…

The Law of Attraction and the Ego

When the Law of Attraction surfaced in a pop culture way, it brought a lot of hope to many people that we could begin to control our circumstances. Though this is true, many of us are beginning to find that this process is not as easy as simply applying affirmations. There is also more that we can consider as "thought." Thoughts are everywhere, afterall; conscious ones, unconscious ones, personal ones, collective ones, etc. Which, all these thoughts are manifesting in direct and indirect…

Fear the Main Cause of Disease

-- ON THE OTHER SIDE OF FEAR LIES FREEDOM --

Under hypnosis while having a brain scan a suggestion is given to a person that he or she is going to be branded with a red hot poker. On their brain scan the same areas of the brain light up just as though they were being branded in real life, and they…

If one prays for peace…

He must refrain from anger and fear.

Never allowing his emotions to get out of hand.

He detaches from the…

I'm reflecting on all the past Christmas holidays in my life. I feel joy, sadness and the absence of loved ones, with another repeat of the same emotions except now it's a different generation.

For my first 7 years of life I never knew there was a Christmas. My sister & her husband took my brother and I in as their own with their two children; all of a sudden the birth of Christmas was upon us. It was so magical - oh my gosh!! Everyone was laughing, we were decorating a tree, and…

"The Power of Prayer"

The Vibration of Prayer is Powerful,

We are All Connected,

We are All ONE 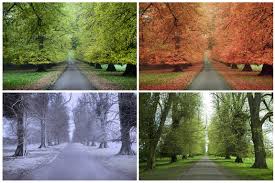 In Spring She paints with pastels and lace.
Summer brings hues and all shades of green.
Fall is a riot of gold’s, yellows, reds, and…

MAYA! - The Nature of The Ultimate Reality

The Nature of The Ultimate Reality — Who the hell are we? What are we made-up of? Where do we come from, whither go we?

“As a man who has devoted his whole life to the most clear headed science, to the study of matter, I can tell you as a result of my research about atoms this…