Last April on a Sunday we took one of our "nowhere" drives, my husband was quietly driving a back road. I was occupied in the front passenger seat watching the scenery.


I noticed out of the corner of my eye that my husband was straining to look out my window. This startled me, since his eyes should be on the road in front of him. I asked him what he was looking at out the windows, and he quietly replied, "Nothing." His eyes went back to the road…
Continue

CARE 2 Give : Women in Haiti are Suffering

Establish a U.S. Department of Peacebuilding

The science of peacebuilding deserves a seat at the table when it comes to making decisions about foreign and domestic policy. The use of violence to resolve personal and international conflicts needs to be a last resort. The Department of Peacebuilding will build the institutional structures needed to help put peaceful means at the forefront.…
Continue

Discover Cancer's Hidden Purpose, Heal Its Root Causes, And Be Healthier Than Ever

This book by Andreas Moritz may rock or even dismantle the very foundation of your beliefs about the body, health and healing. It offers the open-minded reader concerned about cancer a radically different understanding of what cancer really is. According to Andreas Moritz, cancer is a desperate and final attempt by the body to stay alive for as long as circumstances…
Continue

A Conversation :: Good VS Evil - Divine vs. Science

I don't know if it is true or not but it is a good read and just might make you think. Let me explain the problem science has with religion. The atheist professor of philosophy pauses before his class and then asks one of his new students to stand.

You're a Christian, aren't you, son?'
Yes sir,' the student says.

So you believe in God?'

This month we decided to look at healing from a new perspective - where it actually begins. In the beginning there was man and he was without sickness. The bible says sickness came as a result of sin and as I know understand it - being hurtful, abusive, angry, hostile, negative to ones self could be considered a sin against SELF. There is much evidence to suggest that our thoughts and emotional state of well being are…
Continue

This was part of an email received from our soul family over at : http://lightgrid.ning.com

I have been seeking to connect and build with other like minded & spiritually driven souls. For? The purpose of unifying our voice and creating greater good as a unified voice to the heavens, than as we can do alone. For some the biggest challenge may be in the discovery that WE must connect to grow. WE must connect to…
Continue

I started late! I didn't have a professional writer on staff! There were many strikes going against our NamaSpirit Team, from the very beginning ~ but we chose to just follow our daily Mantra and KEEP it SIMPLE SILLY --> "do what needs to be done!" period, end of story!

PREVENTION not Treatment : Hip HOP(e) Speaks ~ will YOU Listen

Are you Lacking Vitamin B12?

If you're feeling weak, shaky, and irritable you may be lacking this essential vitamin.
Vitamin B12 is a key nutrient that people need for the production of red blood cells and DNA and for the maintenance of nerve health. Found in meat, fish, poultry and dairy, B12 is widely available, and as our bodies stockpile several years' worth, it's difficult to be deficient in it. But some people are at risk, including strict vegetarians…
Continue

Domestic abuse, also known as spousal abuse, occurs when one person in an intimate relationship or marriage tries to dominate and control the other person. Domestic abuse that includes physical violence is called domestic…
Continue

Healing :: with Sound :: All about Mantras

One ancient tradition of AUM

The Need for CHANGE

Please join us in our efforts to support PREVENTION not Treatment initiatives. It has been posted at www.Change.org and your vote is needed to stay in the race.

FEMALE HEART ATTACKS
I was aware that female heart attacks are different, but this is the best description I've ever read..

Women and heart attacks (Myocardial infarction). Did you know that women rarely have the same dramatic symptoms that men have when experiencing heart attack.. you know, the sudden stabbing pain in the chest, the cold sweat, grabbing the chest & dropping to the floor that we see in the movies. Here is… Continue 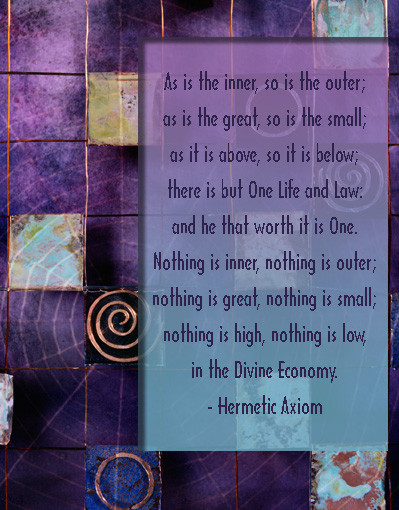 When it's cold and raining,
you are more beautiful.

And the snow brings me
even closer to your lips.

The inner secret, that which was never born,
you are that freshness, and I am with you now.

I can't explain the goings,
or the comings. You enter suddenly,

and I am nowhere again.
Inside the majesty.

From Soul of Rumi
by Coleman Barks
Some… Continue

Evaluating the Small Things - An Essay on Self Exploration


I have arrived at an impasse in my road of life and recent discoveries into myself. Many days I am filled with joy surrounding the events and my personal "revealed truths." I cannot wait to share the revelations that have
helped me survive my own personal pains and struggles. The "YOU" I wish to help is no longer…