Beyond the Grand Awakening

The 2012 non-event was a collective group climax of mass hysteria generated out of co-creative speculation surrounding the end of the Mayan calendar (as fun as it was).  The mania this speculation generated continues its ripple effect, as those still attached to the byline farm for sundry meaning and explanation.

The evolution of humanity* has always been, and will…

Be in the world but not of it. The message is clearer than ever. The world’s individual and collective suffering is not resolvable at the level of origination. It can only be temporarily relieved.

Humanity has no idea what true freedom is. It can only be understood conceptually. Freedom outside of relativity, true freedom that is Absolute, has only been known and described by the Masters who instructed us to transcend the world of duality by taking…

Something miraculous is happening. The invisible is becoming visible. Human consciousness is taking a quantum leap into territory previously unknown as what began with just a few saints, sages, gurus and a Savior is awakening in the hearts and minds of millions around the world.

As above, so below becomes so within, so without, heralding a new way of Being no longer shackled by culture and conditioning and its traditions that stopped serving us long ago or were steeped…

Initially, humans honored the Earth’s ebb and flow cycles of abundance, bartering for resources, livestock, plant products and other goods and services. This symbiotic form of “currency” mirrored nature in that it mutually served both parties.

However, the clumsiness of bartering, i.e. the difficulty in establishing equitable value, and the desire to expand the money supply acted as impetuses toward developing the first forms of money. We soon realized the amount of wealth…

Capitalism is but a symptom of the dualistic nature of third dimensional form. If we are to continue as a species, humans must evolve beyond animalistic survivalism that creates a loser for every winner. Irresolvable polarity can only be transcended by reaching for a more inclusive point of view from a greater level of consciousness.

We access this wisdom by turning within for peace and right action.  As we do so, we begin to see that we exist multi-dimensionally, with… 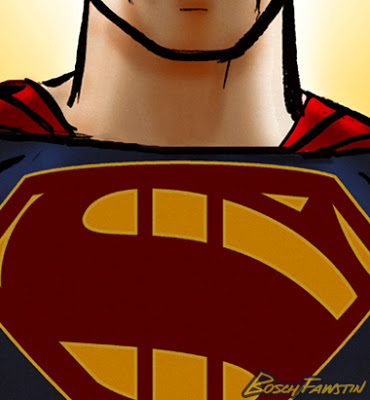 Ask any successful capitalist and he will tell you that capitalism is the Holy Grail of modern economics.  But, something is happening.  As capitalism’s limitations become more and more apparent, economists, professional and otherwise, are attempting to mitigate its inherent flaws by calling for a return to ethical or “conscious” capitalism.  Paraphrasing Einstein, if you…

The End of Discussion on Homosexuality

Five years ago Travis Nuckolls and Chris Baker conducted street interviews in Colorado Springs posing the question, “Do you believe homosexuals choose to be gay?”  The question was followed up with, “When did you choose to be straight?”  Interviewees stammered upon the realization that they didn’t actually make a conscious choice, revising their answer that perhaps homosexuals don’t choose either.

[Note to Readers:  Dr. Hawking recently spoke to a packed house, second auditorium and a Jumbotron-equipped lawn at the California Institute of Technology in Pasadena, CA, on the evening of April 16, 2013.  He continues to assert that the Universe didn’t need divine help to burst into being. What is the one world view, if changed, that would give scientists the Unifying Theory of Everything, topple religions and unite humanity?  I long for the opportunity to visit with the courageous Dr.…

Who's Really In Charge?

All human activity is predicated on what we believe about God.  Even in the most remote regions on Earth, indigenous cultures alike retell fantastic stories of something much larger than themselves woven into the tapestry of their lives.  Our thoughts, whether consciously or not, loosely formulate around the essence of this mysterious force we cannot see, but have been told exists. …

SPECIAL REPORT: Global Warming Inside Out

“While humans are contributing to global warming, we are not the singular cause— warming being part of Earth’s cyclical processes”.  This unpopular post of mine a couple of years ago on Facebook rounded an immediate chorus of vehement denial followed by a slurry of supporting media articles links, not to mention a few rude remarks. My own thought processes were:  Though humans can and are doing an inordinate amount of damage on this planet, the sustainability and viability…

In a previous blog post, I opened with an excerpt from the introduction of my newly published book, What Is God? Rolling Back the Veil: Human behavior has reached the height of ridiculousness…there is very little in the world that is of practical value.

Such is the nature of human behavior as we attempt to navigate the hostile environment of our own thoughts. For the world, unto itself, is nothing but a lush, supportive and giving environment when we remain connected…

The human race is exhausted.  Human behavior has reached its maximum capacity for ridiculousness.  The only thing left seems unfathomable.  Yet, the abyss looms large and tangible enough in the corner of our eye to keep us moving away from it, toward something… anything that is better than THIS.

Freedom: An Inside Job

True Story:  A woman walks out from an appointment to discover she has a flat tire.  She could have called roadside service, but it would take one to two hours to reach her and she doesn't want to wait-she's in another suburb far from home.  Instead, the woman decides to just see what happens.

The woman, in a white skirt with heels, slowly…

Freedom: An Inside Job

True Story:  A woman walks out from an appointment to discover she has a flat tire.  She could have called roadside service, but it would take one to two hours to reach her and she doesn't want to wait-she's in another suburb far from home.  Instead, the woman decides to just see what happens.

The woman, in a white skirt with heels, slowly gets…

The Art of Making Love

We secretly desire to speak of IT.  The sensuality IT evokes is the sensuality of Life itself, yet as far as the consciousness revolution goes, we have yet to move IT beyond the bedroom, whispers and the titters of laughter of private jokes.

An insatiable longing resides deep within. It is the unquenchable desire for the intangible called intimacy. You seek not to find yourself, but rather, to lose yourself in another. Are you truly willing to fully let…

The Observer (Your Soul) A Poem by Jenny Mannion

Mercury Retrograde in Pisces: Indecision and Change of Plans

Decision-making Based on Your Personality Type