Humanity 2.0: The Unstoppability of Singularity

Would it shock you to know that by reading this…

7 Ways Mindfulness Unlocks the Door to Your Authentic Life

“Many people are alive but don't touch the miracle of being alive.”

Revitalize Your Passion for Life

We’ve been fortunate enough to survive the “me” generation to learn that life is much more inclusive than it used to be. Thanks to social media, “me” exploded into “we,” and a socially conscious generation was born. What was once considered personal fulfillment has changed for the better.

Let’s have a little fun, shall we? Even if you were born circa 1990 or later, we’re pretty sure you’ll enjoy this quick reprise of a few of you or your parents’ greatest hits. You might even…

Are You a Leader? 5 Truths Every Natural Born Leader Lives By

The new leadership paradigm invites each one of us to step into our life’s purpose, which is your highest potential expressed through your strengths.

There’s a new kind of leadership emerging that is gaining momentum. It has the power to transform the world in what took multiple generations centuries to accomplish under the old paradigm. It leaves no one behind, generating true equality and prosperity for all—including you.

It also means that you are…

What Color Is Your Consciousness? 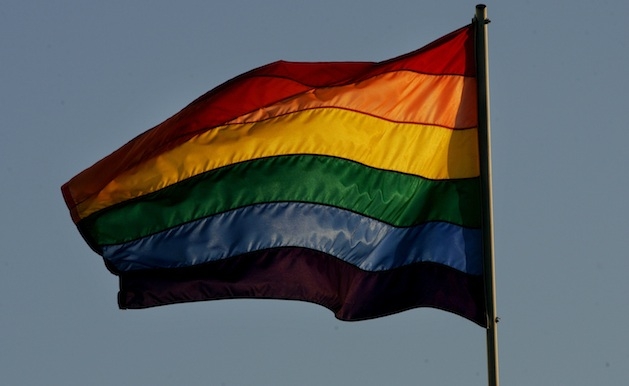 True equality is not material, but is the indelible truth of who
you are as part of the totality of Creation.

Compassion for another human being regardless of race, socioeconomic status, or mental/physical state requires an emotional intelligence and maturity that most people…

[SPECIAL REPORT]  We've arrived!  New Earth, and with us, a new economy.  2015 will be extremely challenging for those still mired in third dimensional economics, but for the rest of us, new opportunities abound everywhere we turn.  Old Earth economic forces, and old beliefs that others will come to our rescue are fading away like the mirage that they were.

Just like we've always been the ones we've been waiting for, so too, are we the ones who will self-fund the new economy with our…

Intimately intertwined within the commonly accepted five senses our body uses to collect information about our external world lies the uncharted territory of our metaphysical world containing extrasensory perception and our chakras. It’s only recently that our sixth sense has come into humanity’s collective awareness. But did you know you have a…

Money 101: The Missing Link to Your Abundance

It’s time to have a talk—a serious talk about money. It’s been a couple of years since 12/12/12 and many awakened ones are still struggling financially, still trying to figure out how money fits in within their expanded spiritual views.

Recall, prior to the frenzied run-up to the “twelves,” rumors ran rampant that the “Forces of Good” would finally extract control of trillions of dollars from the “Forces of Evil” to be…

The Second Coming of Christ is Upon Us: A Letter to Pope Francis

The second coming of Christ is upon us. As Christ consciousness, or Unity Consciousness, awakens in the hearts and minds of millions around the globe, will you miss this opportunity to be part of it?

Why Loving Your Cancer is Good for Your Health

[OP-ED]  As a mother of a child diagnosed with a brain tumor almost five years ago, I was moved by Joan Lunden’s recent comments about going into “warrior mode” re her breast cancer diagnosis.

For my daughter’s cancer diagnosis, there was no strategy relative to her needs that was not discussed at length and repeatedly. However, rather than taking the difficult path of doing battle, instead we chose to relax into my daughter’s diagnosis and surrender. Please allow me to…

If you become Nature’s lover, Nature will surely give up all of its secrets to you… Family is a metaphor for the fractal organization of the Universe. Your inbreath and outbreath mirror the toroidal energy field that embodies the paradoxical material/non-materiality of every “object.” Weather patterns are resonant energy patterns of polarity that affect the planet similarly to how your mood can change inexplicably as resonant energy patterns move around you……

Crossing the Threshold of Your Life’s Purpose

“Everyone has been made for some particular work, and the desire for
that work has been put in every heart.” ~ Rumi

You now stand in front of a door. But, this is no ordinary door, for when you tilt your head skyward, you see it extend into the Heavens above. It is ancient—hand-crafted from yew wood—beautifully carved and gleaming, the wood’s rich color a deep honey brown to purple to reddish-orange. The door is unattached and…

Interdimensional Being: Where Do You Consciously Reside?

Did you know that you are an interdimensional being?  You not only reside in the first, second, and third dimensions…keep going...you exist in the fourth, fifth, sixth, seventh…and then things get interesting as we move into the higher dimensions, to where our Higher Consciousness resides.

In the third dimension, past/future, cause/effect, etc., give rise to the appearance of separation.  Opposites are a perception derived primarily from the left hemisphere of your brain that allows…

Your Opus: Sovereign to Infinite Being

A funny thing happens on the way up the consciousness ladder…

As your feet diffidently step upon the path of Self-Realization, you awaken to the grander context of reality—that you are One with the forces of Creation, Jesus and Buddha truly your brothers. You experience the beginnings of an infinite rabbit hole, never to arrive at any destination. There is none.

Initially, you may feel somewhat bereft as all the people and all the beliefs you deemed Holy fall off the…

The New Rich Through Stewardship

Imagine a world where there are no charities. A world where you are provided shelter, your meals and clean water never in short supply. A bountiful world, your health needs are met at every turn and mentors and teachers are found in everyone you meet.

This is the world you were born into. And what a glorious world it is! Heaven on Earth!

This world does exist,…

When We Let Go of the Ten Commandments

In an advanced culture, laws are minimally required. Decrees would be regarded more as a form of a mutually agreed upon code of conduct for society to manage collective resources, commons, and well-being. The number of laws a civilization requires marks the maturity level of those able to demonstrate practicality in the physical world and also the Law of Love of the metaphysical world as ascribed to by the Masters such as Jesus, Buddha, Maharshi, and countless others.…

“All is calm.  All is bright…”  The heralding in of a new year on the heels of what is regarded as the most universally celebrated holidays of the year is a time of great reflection for many.  Beyond the commercial aspects, beyond the pageantry, and familial hoopla is the soul’s call for a silent night.

In the serene predawn hours, we awaken.  A mysterious restlessness fills our being as we search our thoughts for an explanation for the interruption.  Our lives flash before our eyes,…

There is never a moment that Creation is not “creation-ing.”  At least in the realm of the Relative.  Dimensions as levels of consciousness are infinitely coupling, begetting more Creation, into perpetuity—Its own power source.  Every breath you take, every thought, every interaction is the grace, the magic, the mystery of the all-encompassing, boundless power of the Indivisible - One. …

The Observer (Your Soul) A Poem by Jenny Mannion

Mercury Retrograde in Pisces: Indecision and Change of Plans

Decision-making Based on Your Personality Type