A Divorce That Set Her Free 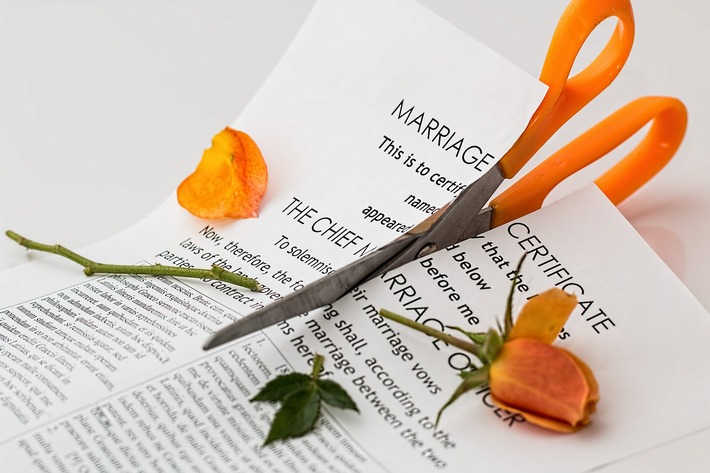 Jerilyn: I got a wake-up call that shattered the foundation of my life. My husband Ted announced that he was leaving our marriage. He told me that he had made up his mind and there was no point in talking about anything. The movers, he said, would be here in the morning to pick up his things. I was stunned, devastated, and enraged.

Although I wouldn’t have considered our marriage perfect, there was nothing that Ted and I had experienced that warranted anything like this. I felt like I had been broadsided by a speeding eighteen-wheeler. Twenty hours after his announcement, my husband and his possessions were gone. I was left in shock in an empty house.

When I found out that Ted had been having an affair for several months with the woman that he was leaving me for, I found myself possessed by a level of rage that I had never known. We had been married for nineteen years and my thoughts alternated between disbelief and an overwhelming desire to murder my husband. I had no idea that I was capable of being possessed by murderous rage. I actually fantasized about contacting the mafia and putting out a contract on Ted. For the first time in my life, I understood how otherwise “normal” people could, under certain circumstances, be capable of committing murder.

In retrospect, I can see that much of the rage that I felt towards Ted was actually misplaced anger towards myself. “How could I have been such a fool? How could I have missed the clues? How could I have let this happen? Thoughts of self-recrimination persisted for months to the point of obsession. Finally, the pain began to ease, and my confused mind began to clear. I saw that I had been so determined to support Ted that I had failed to take care of myself.

Ted never learned to rely on himself to fulfill his inner needs. Good old Jerilyn was always there to lift him up when he was down, to get him through the sleepless nights, to cover for him when his dishonesty created messes that needed to be cleaned up. I was hoping that eventually, he would come around, to be able to take care of himself and maybe even to give a little back to me. I hadn’t even realized that I was waiting for this to happen until our marriage ended and I saw how and why I felt so betrayed.

I’ve always been blessed with an optimistic attitude and an ability to rebound during tough times. Slowly, I began to also see the pain that drove Ted to his affair and the pain that he had spent so much of his life trying to escape through compulsive pleasure-seeking, addictions, and high-risk living had created consequences that I spent vast amounts of energy trying to repair. No wonder I never got around to the projects that were important to me.

A full year of recovery

Seeing the big picture felt like lifting a thousand-pound weight off of my chest. I felt like I could breathe again. Over time, the anger began to be replaced with compassion and finally forgiveness for Ted as well as for myself. We had created a very unhealthy system and it took the dissolution of our marriage to break it. I no longer feel anger towards Ted. My life has changed so much in the past year that it’s unrecognizable from the life that I used to have.

After Ted left, his needs were no longer the main focus of my life. I was able to direct my efforts to my concerns. Energy became available for my life purpose. Now, I’m doing things that I’d envisioned for years but never felt free to fully embrace. I had been holding myself back in order to not threaten him. Now that I don’t have to protect him from my power, I fell like I’m running on twelve cylinders instead of two.

My work is expanding beyond what I’d ever imagined. I just finished my third book. I’m doing more public speaking and working with more clients than I ever have before. I am constantly meeting wonderful people who invite me to their projects. I’ve regained my confidence in my own instincts. I trust that I am wise and powerful and resilient.

I know that I couldn’t have this self-assurance without having gone through ordeals that have brought me to my knees. Two years ago it was inconceivable that I could ever again feel a sense of hopefulness. Who knows where things may go from here? The sky’s the limit!

We giving away 3 e-books absolutely free of charge. To receive them, just click here. You’ll also receive our monthly newsletter.

Abstract: Told in the voice of Jerilyn, a recovered co-dependent who had given so much attention to her former husband Ted, that she had neglected her own needs and goals. A sudden, shocking announcement of her husband that he was moving out the next day shook her world down to the ground and was the shattering that allowed her to create an entirely new life for herself. She worked hard to forgive his betrayal and found a self-trust that she had never known before.