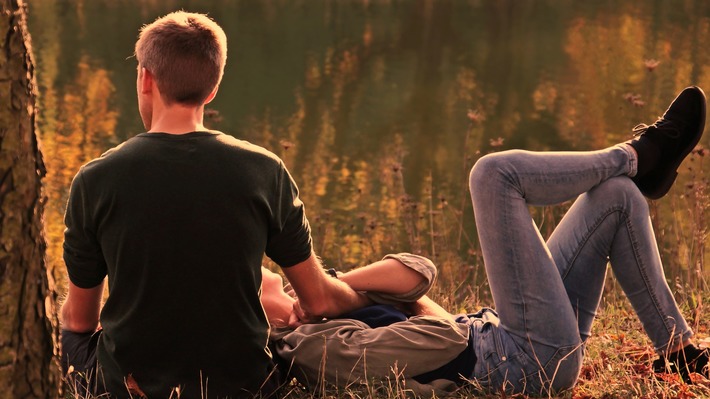 Charlie: “Take it easy. Chill out. Relax. Cool down. Don’t stress out. Lighten up. You’re making a mountain out of a molehill. It’s not a big deal.” These are things that I used to say back in the day when I didn’t want to hear Linda’s complaints when I failed to keep my word regarding something that I had told her that I was going to do. And back in the day, there were quite a few of those things. Like being ready to leave at a certain time to go to the airport to catch a flight, pick up groceries that she needed for dinner on my way home, or remember not to make any other commitments that might interfere with our date night.

These instances were not infrequent. And I hated hearing what was provoked by my negligence because it felt like I was being scolded for doing something wrong. I knew that she had a right to feel the way she did and that I was guilty of dropping the ball again. Hearing Linda’s disappointment reminded me that I had something to do with her feelings and that didn’t feel good. I didn’t acknowledge my guilt, which would have strengthened my motivation to make amends and break this painful cycle in our relationship. I made excuses to justify my actions (or inactions) and to make Linda wrong by telling her that she was making a big deal out of nothing.

I was a great believer in the notion that the best defense is a good offense. I did my best to be offensive. Unfortunately, I succeeded. Linda was offended by my efforts to turn the tables on her so as to avoid my irresponsibility. As I learned the hard way, that although this strategy might work in football and other contact sports, it fails miserably in the game of relationship. It took longer than I would like to admit for me to finally get it, but although I tend to be a slow learner, I did eventually learn.

The Importance of Keeping All Agreements

The “it” that I finally got was that it’s not just some agreements that need to be kept, but all agreements. You’re not a bad person if you fail to honor your word. But there are consequences that show up whether it’s handling the cat box by the end of the day, or whether it’s a truly big deal, like picking up the kids after school.

The consequences of failing to keep agreements extend to the foundation of the relationship. When there is a pattern of unfulfilled promises, the trust level inevitably goes down, as does the sense of being held in the esteem of the person who is one the receiving end of the broken agreement. It’s hard not to feel that “I must not be that important to you if you prioritized something else over me and the agreement that we made”.

If You Mess Up, Fess Up

The situation is compounded when there is an unwillingness to accept the feelings of disappointment that inevitably arise when agreements are not kept. This isn’t to suggest that there is, or should be, zero tolerance for any broken promise. The point that I finally got wasn’t that I need to make sure that to maintain a perfect record in the agreement department. My lesson was to take my word seriously when I gave it and to accept the feedback that I received from Linda or anyone else. I realized that she spoke up because she cared enough about our relationship to be honest with me when she felt let down.

My offensive strategy had another unpleasant aspect to it, which was to discourage Linda’s willingness to express her feelings to me fearing a defensive reaction from me. It would be easier just to stuff her feelings and tell me “it’s okay, I understand.” Stuffed feelings have a way of turning into resentment, particularly if they are cumulative. Resentments turn into criticism, judgment, and passive-aggressiveness. Taking what might look like the path of least resistance in order to avoid upset can in the end turn out to be the path of greatest resistance.

Breaking the habit of being late, being defensive, denying responsibility, or neglecting to keep our word can seem like a daunting prospect, particularly if we’ve been rationalizing our justifications for years. But take it from one whose been there, it’s very doable once you get committed to it. And if you can keep that commitment to yourself, you’ll be much more likely to keep those that you make to everyone else!

Abstract: The importance of keeping agreements can’t be stressed enough. From the small ones to the biggest ones all count to build the trust of a partnership. Breaking the habit of justifying how we let ourselves break agreements is the road to a successful relationship.

The Healing Power of Humor

The Urgent Resolve: The Fuel That Drives You Towards Your Purpose