Confused-Wakings: What Are They and 3 Life Events That Cause Them (Part 1) 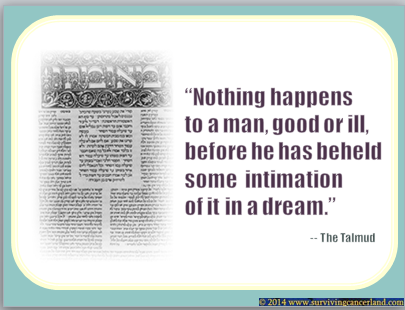 Have you ever awakened from a deep sleep confused?  Rather than shutting off the alarm clock did you grab your phone and start taking to the dial tone? You may have experienced a sleep disorder known as Confused Waking, a result of the Theta Dream Level gone awry.

Confused-waking is often the result of three life events:

Confused-waking is the process of very slowly rising from the wave of Theta sleep and entering full consciousness.

It is often accompanied by the physical symptoms of body shakes, hand tremors and confusion.

Confused-waking is part of the sleep disorder family known as parasomnia also known as sommambulism or noctambulism.  Confused waking consists of simple behaviors that are a part of the early morning dream and normal behaviors in the waking world, such answering a ringing phone or turning on or off the TV. Dream and reality meld into one confusing moment in time, like  holding an alarm clock to your ear to answer the phone in your dream, only to fully awaken to find the alarm clock in your hand next to your ear.

I experienced confused-waking while undergoing breast cancer treatment because my dreams were so active and deep. The Theta sleep level is the deepest and has the the most active measureable brain waves. Medicine prescribed for pain and nausea often slow down the ability to awaken and exacerbated the situation.

Confused waking is not a sleepwalking disorder which  usually consist of repeated simple behaviors of which the sleepwalkers have little or no memory.  However, like sleep walking, confused waking consists of simple behaviors that are a part of the early morning dream that become part of the waking world because they are a part of your normal routine, such as talking on the phone or turning off the TV.

Here are some  facts that make sleepwalking and confused-waking different.

Sleepwalking  is sleeping that is not remembered while confused-waking is the process of slowly rising from the wave of sleep and entering full consciousness. Lucid and precognitive dreams often leave the awakened dreamer confused and putting their shoe to their ear because reality and the dream world became one.

Sleep walkers often have little or no memory of their activity where as “confused waking”  is quickly over come.

Confused-waking and sleep-walking are dream levels going in opposite directions. Someone experiencing confused-waking wakes up. A sleepwalker stays asleep throughout the activity.

Sleepwalking and Confused Waking  are a form of sleep disorder belonging to the parasomnia family.

Sleepwalkers arise from the slow wave sleep stage in a state of low consciousness and perform activities that are usually performed during a state of full consciousness. These activities can be as benign as sitting up in bed, walking to the bathroom, and cleaning, or as hazardous as cooking, driving, violent gestures, or grabbing at hallucinated objects.

Although most sleepwalking cases consist of simple, repeated behaviors, there are occasionally reports of people performing complex behaviors while asleep. a Sleepwalkers often have little or no memory of the incident, as their consciousness has altered into a state in which it is harder to recall memories. Although their eyes are open, their expression is often dim and glazed over. Sleepwalking may last as little as 30 seconds or as long as 30 minutes.

Join me for part 2 of this article where we will study the scientific research behind confused waking.

BIO: Kathleen O’Keefe-Kanavos believes dreams diagnose your life. Did you have a déjà- vu or did your dream come true? Kat survived three cancers diagnosed by her dreams. International bestselling author, inspirational speaker, radio-host, columnist, blogger, Cancer Hotline Counselor; she has been featured on radio and TV, in magazines and newspapers, SURVIVING CANCERLAND: Intuitive Aspects of Healing is the first in her three book series on waking up to healing dreams. Kat taught Special Education and Psychology at (USF) University of South Florida. www.AccessYourInnerGuide.com ; www.SurvivingCancerLand.com

Why Use Ho’oponopono With Children