It's about time that all our social media and network connections go underground.

How? Many will ask!
My reply would be: through the use of telepathy.

The greatest future triumph of the thinker will come when he can persuade the individual and the collective whole to rest their life-relation and its union and stability upon a free and harmonious consent and self-adaptation, and shape and govern the external by the internal truth rather than to constrain the inner spirit by the tyranny of the external form and structure.”

~ Aurobindo Ghose, The Synthesis of Yoga

In the process of writing of the forthcoming novel: Parallel Realities, there was a need to form a basis for Tulanda's world where every citizen has the capability, at different levels, to share thoughts at any distance between people without external verbal communication.

The awakening to our ascension novels have always have the focus point of holding the image of a society where there is a form of unification, mentally and or through creativity.

Within our current mode of society and governance we have all kinds of codified hierarchies and insider/outsider distinctions. There is a division between the wealthy who more easily wield the tools of political power, and the disenfranchised poor who cannot afford lobbyists and do not generally have their views and needs well represented within our current political system.

As we all know, in this way, political power is often consolidated into the hands of the few, the affluent, and those families who have traditionally held political positions for the past centuries. Tulanda's world is the opposite due to a psychic and spiritual unity of humans that subsequently informs and substantiates a leadership through teaching and living by example.

What We Can Imagine We Can Make Real

Is this new reality possible to achieve?

"Internal truth would shape and govern the external, rather than constrain the inner spirit by the tyranny of the external form and structure. ~ The Synthesis of Yoga

Is this possible? What would the implications be? How could this kind of self-knowing governance come about?

Lets look at our today's global reality most of us are aware of.

We have already entered into a global society where we can instantly connect with whomever we choose to, providing the other individual has an address in cyberspace. We can do this through several technical devices at our disposal. Now comes the crunch. Are our interactions with each other private? We all know that it's not. Whatever we say or text into cyberspace is open to the powers that be.

This is just one example:

"In Windows 7, any time you connect to a network, Windows tells you if you have full internet access or just a local network connection. It also knows if a WiFi access point requires in-browser authentication. How? It turns out, a service automatically requests a file from a Microsoft website every time you connect to any network, and the result of this attempt tells it whether the connection is successful. This feature is useful, but some may have privacy concerns with sending their IP address to Microsoft (which the site logs, according to 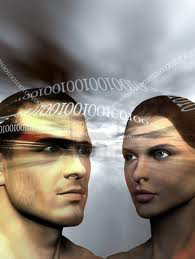 documentation) every single time they connect to the internet. As it turns out, not only can you disable the service, you can even tell it to check your own server instead."

Has everybody got psychic abilities?

Everyone is psychic to some degree using the natural intuitive or sixth sense that is inherent in all of us.

Every human has the potential to be receptive to other energies and beings and we can all learn to communicate on different "wavelengths" because all humans are different. Psychic abilities will present themselves differently in each person. If spirit chooses to communicate then spirit will find a way that is acceptable and possible for that particular individual

After you have seen this video many people might be inspired to join in the visualization of a new reality, where war, poverty, and sickness is no more.

Yes, there will be other challenges. The human soul has much to learn, but as long as the divine spirit chooses for the human soul to evolve, and if enough people WAKE UP to the dangers of falling for the powers in control by the wealthy who wield the tools of political power, our new world is waiting for us.