Living on the Spiritual Cutting Edge

We're all well familiar with what it means to live on the cutting edge of life, thinking beyond conventional thought while being innovative with new possibilities and paths that have yet to be discovered. We've witnessed (and continue to witness) countless levels of innovation throughout history from individuals who have been willing to map out unchartered territories via science, astronomy, mathematics, biology, philosophy, sociology, psychology, anthropology, and the list goes on. None of these breakthroughs would be possible if these individuals settled for the conventional thinking of the time that dictated the so-called truth of that era. 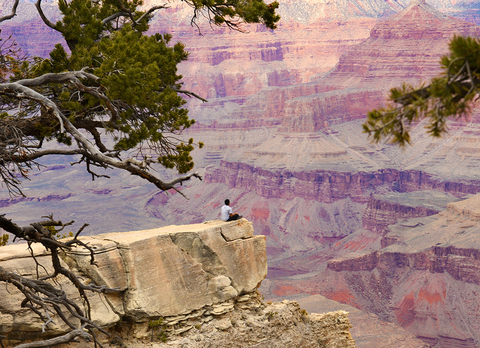 It takes a deep, steadfast courage to stand up amidst conventional thinking and choose to move forward with new thought and potential against torrent rip tides. This same principle holds true when choosing to live a life on the Spiritual cutting edge. As a collective culture, humankind is still moving out of a period where science and reason have served as the fundamental foundation for basing all legitimate insights, breakthroughs and progress.

We're gradually learning that everything in this world cannot be explained through logic alone. Mystics throughout the ages have known and accessed senses beyond our conventional five, and science is beginning to recognize that our thoughts carry energy encoded with specific frequencies. We're waking up to a greater recognition that in quieting the mind through a meditative practice, we're more likely to open the doors of perception to greater insight, wisdom and balanced living that often cannot be accessed through the mind alone.

Yet, there are many skeptics who only trust what appears logical and they'll be more than happy to tell you that your spiritual practice and philosophy is unfounded, irrational and based in wishful thinking. In their eyes, you're living a life of naiveté and buying into a New Age, airy-fairy existence as you filter life through your rose-colored glasses. They might not express these views verbally, yet you can feel their inner-thoughts filled with this conviction as they subtly dismiss your point of view with a certain look, glance or condescending reference.

In these trying moments, it's essential to remain clear and grounded in your sense of knowing and trusting in your inner-wisdom. We would have a radically different view of history if Columbus had caved in and agreed the world to be flat!

When we look back at many discoveries and inventions throughout history, we can track countless cases that show us a reoccurring phenomenon that's been present during these times of change. When a new thought in the form of discovery is close to its breakthrough state of realization, it's common that numerous individuals around the world are independently at the verge of making the same discovery.

In the 17th century, Isaac Newton and Gottfried Wilhelm Leibniz both independently formulated calculus around the same time. The Theory of Evolution is credited to Charles Darwin in 1840, yet Alfred Russel Wallace separately came up with the same theory in 1857 and they released a joint publication in 1859. We credit Alexander Graham Bell as inventing the telephone, yet Elisha Gray filed a patent on the very same day in 1876. From 1950 to 1963, Hilary Koprowski, Jonas Salk, and Albert Sabin all developed successful polio vaccines independent of each other.

It's as if a seed is planted in the world's collective consciousness and various individuals tap into the seed's DNA, its message, at the same time. Perhaps that's what we're currently witnessing throughout our planet, a wakeup call to rise above our old beliefs in separatism and rise into a greater understanding that we truly are one organism, one people on this planet that we share together. We're beginning to witness greater levels of duality, those holding onto the old paradigm of fear, loss and greed, and those who choose to stand in the conviction that we must cooperate, honor our differences, and trust that we're all here to thrive.

This realization cannot be fully actualized merely through the intellect; it must also be felt spiritually. Akin to all of our life-changing innovators throughout history, we are being called to stand firmly on the spiritual cutting edge of consciousness and be unwavering in our daily practice, one that continues to cultivate love, unity and compassion. Now is the time...it's essential, and we must heed the calling.

Carl Studna is a world-renowned photographer, inspirational speaker, teacher and award winning author. Carl’s intimate portraits of influential people ranging from Sir Paul McCartney to His Holiness the Dalai Lama, are published and known worldwide. Carl has taken his message and experiences to print in his book, CLICK! Choosing Love One Frame at a Time.  Studna’s innovative work, the LuminEssence Method©, teaches a new paradigm for radiating the light that resides within revealing each person’s authentic gifts. www.CarlStudna.com.