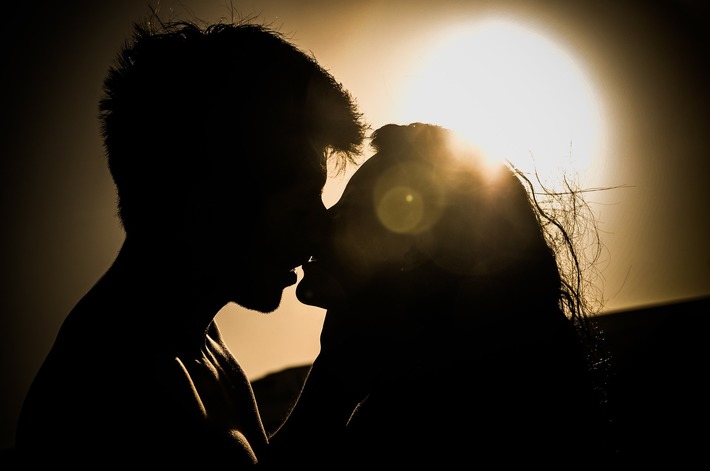 Linda: I first heard this story from Sonia Choquete. It is a true story about a woman in her seventies who came to have a psychic consultation with Sonia in Chicago. The woman’s husband had recently died, and she was looking at her life ahead. During the consultation, the woman confided to Sonia that she wanted to move to Sedona, Arizona, and her daughters were not supportive of her plan. They thought she should stay put and bake cookies for the grandchildren.

As the story unfolded, the elderly woman explained that her husband had been difficult. He was an alcoholic, verbally abusive to her during the marriage, and had a long drawn out death from cancer. She said, “I have always been interested in meta-physical things. He ridiculed me for my beliefs. He smelled so bad at the end and never once thanked me for the care I was giving him. I felt that it was my duty to stay with him all these years, and I did that. Now I’m glad he’s gone.”

My friend Sonia after hearing her story in detail asked if her health was good, and her client answered that she was blessed to still enjoy good health. Sonia gave her the support and encouragement that she was seeking and said, “Go ahead and move to Sedona. You have been taking care of other people all your life, raising your kids, and taking care of your difficult husband. Now it’s your turn. You live the life you want to live.”

Sonia is quite intuitive and sensed that there was something that her client wasn’t disclosing. She said, “There is something else that you haven’t told me.” And her client blushed saying, “I can’t talk about that.” I know Sonia well enough to recognize that she can be fierce, and she persisted saying, “You tell me.” The woman said, “I’ve never given up hope of finding a sweet love.” Sonia offered her support again and sent her on her way.

The next day, both of the woman’s daughters showed up at Sonia’s home, angrily accusing her of encouraging an old woman to move away from her children and grandchildren. Sonia spoke up to the daughters saying, “Your mother has lived her life for everyone else. She’s healthy and wants to move. Let her have her own life. Now get off my porch.”

A short time later, Sonia got a postcard from the older woman with a return address in Sedona saying, “I found a nice trailer and a job in one of those metaphysical shops that sell all those wonderful items that I appreciate. Spiritual tapes, crystals, and the books that I love to read surround me. Some months later, Sonia received another postcard saying, “An older gentleman came into the shop where I work looking for a gift. He was wearing shorts, and I admired his sturdy legs. I could tell how fit he was from hiking. We got into a long interesting conversation while I showed him a number of items in the shop. He finally selected a rose quartz heart. I gift-wrapped it and he ended up giving it to me. He moved into my trailer with me. I found my sweet love.”

I have always loved this story because it is such a story of hope. Everyone dreams of finding sweet love. For many of us, being in a relationship that is not suitable for us frustrates that vision. We may have fallen into patterns over the years that have squeezed the sweetness out of our relationship and need to work hard and creating some new habits that will support love’s return. Or perhaps we are in a relationship where we are truly mismatched and have been too afraid to leave it.

Whether it is letting go of a relationship to make space for a beautiful, fulfilling one to emerge, or digging in to transform the one we have, we are wise if we never give up hope. It’s never too late to reach for our dream. If this woman in her seventies could do it, it is an experience that is available to more of us if we believe and don’t give up hope.

She didn’t passively wait for love to come to her.

She was young in spirit, followed her intuition, took some risks, was willing to follow her own inner voice in the face of discouragement and active resistance by those who were dear to her, and reached out to get support at a critical choice point. She was brave to risk and was rewarded for her courage. We can learn a lot from this older woman about going after what we truly desire. And I know for sure that it’s never too late.

Abstract: Examining our limiting beliefs is always a good idea. Our beliefs can end up being self-fulfilling fantasies and keep us from enjoying maximum well-being. There are many limiting beliefs about being older that await our assessment as to whether we will buy into them or not. Fearing that we are too old to find love is one that deserves our attention. We need inspirational success stories to help us to find out what’s really true.

WHAT IS AND WHAT ISN'T LOVE

How the trauma of the pandemic has worsened our addictions

Numerology – Looking Ahead to 2021

Entanglement Dance of an Evolving Humanity