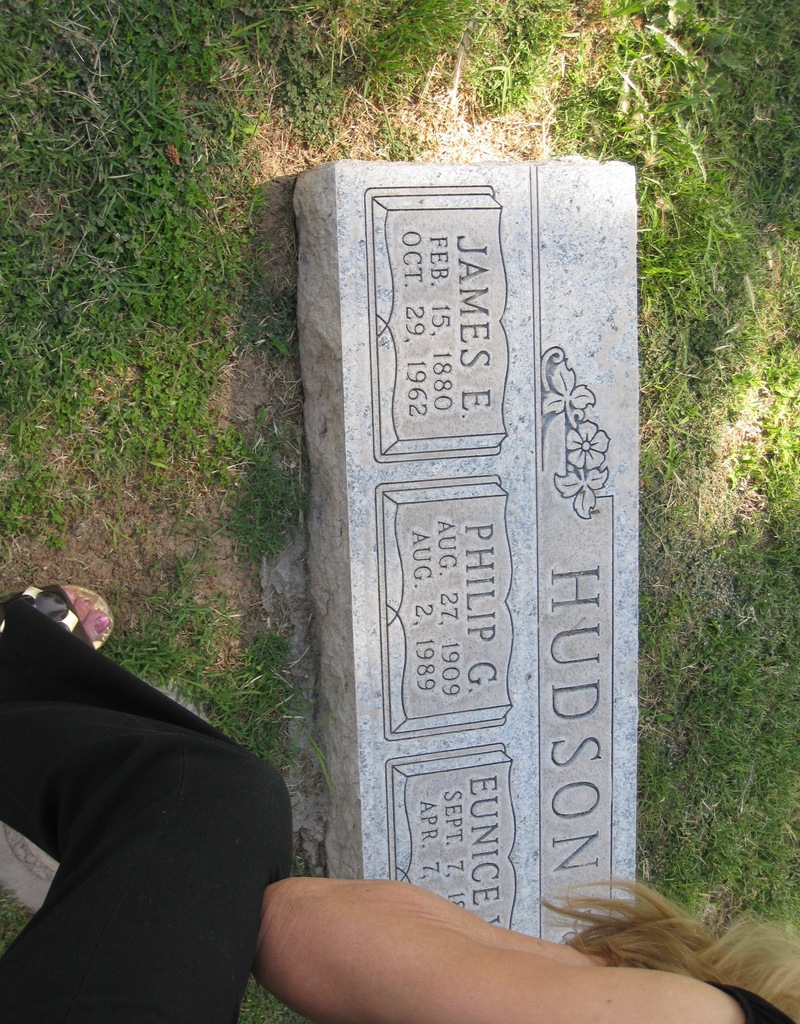 Many in our society have become disconnected from their ancestors as our culture offers an appalling lack of framework for relating with our dead. Take yourself for example. When was the last time you visited the grave of a family member? Sure, you went to the funeral, but afterward, did you ever return?

In the past, ancestor veneration was an important part of life as it was believed by ancient cultures all over the world that the dead lived on and were able to influence the lives of the living. Ancestor spirits were sought for wisdom and guidance and remembered through offerings and sacrifice. Burial mounds, tombs and gravesites were more than just a repository of bones as it was believed that the bones themselves held an energetic link with the soul of the deceased. Burial sites were cared for and honored as they provided an important link with the unseen realms.

Unlike today where death is more of an inconvenience, the ancients recognized death as a part of life. When the year cooled, wills were drawn up and debts were settled as one never knew whose help they might need to make it through the winter or if they would even live to see another spring.  As the nights lengthened and the earth shifted from fertile to dormant, ancient societies around the world turned their thoughts to those who had died and festivals were held commemorating the death of the year. The ancient people who inhabited France and the British isles observed a calendar that began on November first marking the death of the old year and the beginning of the new. At sundown on the last day of the year, October 31st, it was believed that the veil between the worlds of the living and the dead grew thin allowing for those who had died to pass through and those who were lonely to visit the families they had left behind.

Indeed honoring the dead with the last harvest of the year has been celebrated around the world under many different names.  In Japan, during the festival of Obon, the souls of the departed return to the world of the living to visit their relatives. As the sun goes down families light paper lanterns and leave offerings of food for the spirits. South Koreans give thanks to their ancestors during a three-day celebration known as Chuseok. While in Nepal we find a festival of cows, or Gaijatra, commemorating those who had died during the year.  In Belgium, Halloween was the night to light candles in memory of family members who had died. In Czechoslovakia, chairs were placed by the fireside on Halloween night for the dead to warm themselves.

Ceremonial breads were baked. In Scotland, cakes made of oat flour and known as soul cakes or Dirge Loaves where given to children who went door to door signing souling songs. In Italy, a cookie called bones of the dead or ‘Ossi di Morto’ is eaten to celebrate the dead. In the Americas a belief originating with the Aztecs that the souls of the dead returned to Mexico with the migration of the monarch butterfly each fall, spawned today's popular Día de los Muertos during which sugar skulls and Pan de Muerto or 'bread of the dead' an anise flavored brioche is baked to honor the dead at graveside feasts. Taque Santun Arupa is held in Bolivia, a celebration that dates back to pre-Hispanic times in which families prepare loafs shaped like men, ladders and lamas made from quinoa flour to coax the dead into visiting the living.

These days of the dead were festive and bright. They were filled with lots of good food and loving memories. For most of modern society the role of ancestor has shifted from loving guardian, to troubled ghost representing past and buried troubles that must be overcome. Instead of offerings, blame is laid at their feet in closed-door sessions treating current abusive behaviors, family pain and even alcoholism. But it doesn’t have to be this way. We can change the way we feel and how we treat our dead and move them back into a venerated position. We can honor our dead by visiting their graves and leaving flowers. We can light a candle as we consciously remember them in life. It is important to honor those who have gone on before as it brings death into the context of our daily experience and reminds us that dying is not the end but part of the cycle of life.

As summer turns to fall, take an afternoon to make a pilgrimage. Enlist a close family member to visit a loved one’s burial place. Take flowers and spruce up the grave. Let your thoughts return to the past and share the stories that come to mind. If you have never visited the site before, a stop at the office will help you find the plot. Active cemeteries keep Sexton’s records and can often furnish you with a map.

Another way to connect with your ancestors is by learning their stories and keeping family records. Get your entire family involved as you track down your great-great grandfather and uncover the story of his life. Genealogy websites have made it easier to track your family’s past. Obituaries, funeral cards and other death record will list the cemetery where your relative was buried. When you discover the location of the family member’s grave, a research visit to the cemetery might provide other valuable information. Photograph the headstone or do an etching to record the information. Besides birth and death dates you may find other valuable facts such as a maiden name, family relationships, town of origin, and possibly a religious affiliation. Keep a printed record of your findings and share it with your family. Not only will you uncover family stories, you will strengthen the bonds of your extended family group.

If you are not into research behind a computer, you can tap into your family’s stored knowledge by asking each household to bring a photograph of a family member who has passed on to your next holiday gathering. Pass around the photos one by one as you encourage everyone to voice a memory. You will be surprised by the stories that come forward. The telling of family stories provides a link to the past as it breathes new life into someone who has been forgotten by the others creating a feeling of connectedness that goes beyond the grave.

As cultures across the world take time this month to remember their ancestors, let us also honor our dead. Give new life to an old tradition and let the magic swell within your heart as you bake some bread or sweets for the ancestors who have gone before you. Create a new family ritual to connect the generations past and present. Host a dinner in honor of a loved one. Set a place at the table for them and prepare the food with their favorite dishes in mind. Invite those who would benefit most and encourage them to tell their favorite stories…and remember.

When we pay homage to the dead we teach and understand that we are a part of something much larger than the here and now.  Let us pay homage to endings and transformations as the seasons shift. Our ancestors are waiting. Recognizing their presence and speaking with them allows them to live on. Through this simple acknowledgment, we give life back to those who gave life to us, allowing for a relationship that continues on through death. It allows us to understand that we are a part of the natural world and that death and rebirth are all part of one continuous cycle.

Lorri Amsden is a wife and mother of four who strives to live consciously in tune with the seasons. As a writer, eco-activist and the founder of Liminal Landscapes, a portal for dimensional living, she is dedicated to raising the consciousness of her community through the teaching and practicing of organic gardening, eco awareness, healthy sustainable living and tapping into the delightful creative energy flowing all around us.

The Importance of Energetic Consciousness