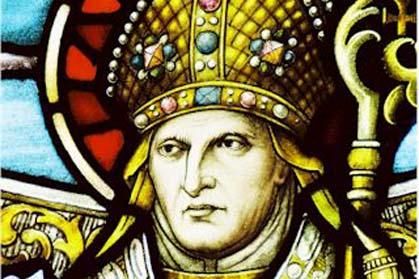 Reality continues to strike in the novel POPE ANNALISA.  Due to current changes quickly taking place in the Catholic Church and the Vatican, I am posting a second part to the ongoing articles by my guest blogger Peter Canova , author of  the nine-time award winning book POPE ANNALISA.  As news information makes itself available, ongoing blogs will be posted under this title.

This past week, Peter was a Keynote speaker in Vancouver, BC at the annual convention for the leaders of Centers for Spiritual Living.  This article’s topic was often the center of conversation and of great interest to the attending spiritual leaders from around the world.

More "coincidences" in the headlines between POPE ANNALISA and current events in the Catholic Church.

Read the article below from an Irish publication concerning the prophecies of St. Malachy concerning the last pope, Peter of Rome, and De Gloria Olivae, the next-to-last pope. Compare this to passages quoted from POPE ANNALISA after the Irish article.

One note, in POPE ANNALISA the prophecy of the last pope is not interpreted as the literal destruction of the Catholic Church, but rather the ending of the Church as we have known it with a different kind of pope than we have yet seen. A Third World or African pope would squarely fit the bill.

Also see the link from the Irish article concerning odds makers (people who establish the odds of an event happening) predicting an African Pope.

The Irish prophet Saint Malachy predicted that the next Pope after Benedict will be the last and he will be “Peter the Roman.”

The Irish prophet Saint Malachy has predicted that the next Pope after Benedict will be the last and he will be “Peter the Roman.” The prophecies of the Irish saint Malachy, the 12th century bishop of Armagh have thrilled and dismayed readers for centuries. He has stated there will be only one more pope after Benedict, and during his reign comes the end of the world.

The prediction in full is "In the final persecution of the Holy Roman Church there will reign Peter the Roman, who will feed his flock amid many tribulations, after which the seven-hilled city will be destroyed and the dreadful Judge will judge the people. The End.”

Experts say it could refer to an Italian pope who would take Peter’s name.

In 1139, then Archbishop Malachy went to Rome from Ireland to give an account of his affairs. While there he received a strange vision about the future that included the name of every pope, 112 in all from his time, who would rule until the end of time. We are now at the second last prophecy.

As for the prophecy concerning the 111th pope, Pope Benedict, the prophecy says of him, "Gloria Olivae," which means "the glory of the Olive."

The Order of Saint Benedict is also known as the Olivetans which many claim makes Malachy's prophecies correct. The next and final pope then should be "Peter Romanus".

Read more: The Catholic Church's new Pope will be African according to odds from Irish bookmaker.

This now brings us to the coincidences in the novel POPE ANNALISA.

“There is another pope mentioned in Malachi’s prophecies

as living during our era — De Gloria Olivae, the second-to-last pope, the inference being that he is somehow tied to the Great Heretic.”

“The prophecies predict the downfall of the Church and the papacy in this very decade,” LoPresti said. “They speak of the last two popes. Listen: ‘And De Gloria Olivae shall hasten the downfall.’ De Gloria Olivae, the Glory of Olives. Have we seen him yet? Did you know the late Clement’s family were olive growers?

“But the ending of the line and Petrus Romanus,” Segri said. “What of that?”

“Ah, and now the circle is complete,” Segri observed. “Petrus is Latin for ‘Peter,’ Pietro in Italian. Petrus Romanus was indeed the last but also the first pope of the new line — Pietro Roncalli. How fitting! The first pope, Peter of Rome sits again on a renewed throne! ”

Novels are a work of art. In the case of POPE ANNALISA is art mimicking fiction or the other way around? Perhaps reality is stranger than fiction when it comes to the Catholic Church. Or, have people centuries apart tuned into similar events, intuitive wave lengths that defy time and space, predicting changes in our lives as, in this case, changes exemplified through an institution like the Catholic Church?

Hi Dawn, Thanks so much. I read Part I in Om Times and realize that somehow some of the text in the article got scrambled around when I copied and pasted into my blog box including an interesting part about Ouday & Qusay which got left out. Darn those computer gremlins.

LOL!! I don't know if it can be corrected anywhere but on my blog at this time. And I shared the blog as-is on many search engines.  If I do a Part III as events unfold, perhaps I can reinsert it then.