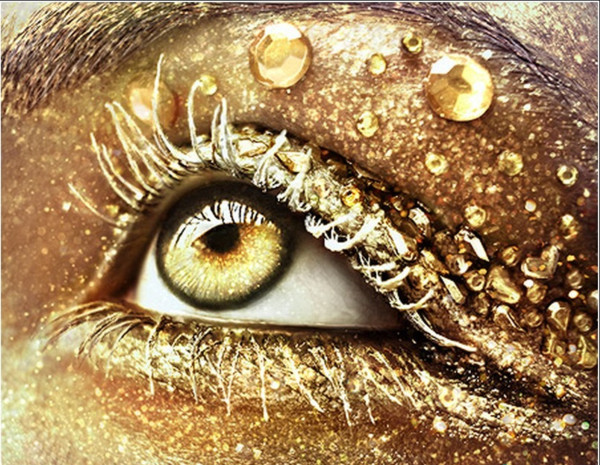 It is alchemy that the shaman learns in his or her initiation. The illness is a form of poison in the body that the shaman learns to turn into an antidote. For the cure of any venom is in the venom. The spirit becomes is in tallied with the antidote or can with stand any form of poison. This allows the shaman to help heal other people with the same illness or journey through the harsh world to retrieve their animal spirit or guardian spirit from the lower land. In alchemy you turn lead into gold, in shamanism you turn poison to a cure.

This is usually done by putting the spirit through the fire to cleanse it from impurities. Or adapted the spirit fire to burn away any unwanted intrusions.

The philosopher stone is a stone that transmute lead into gold, it is changing the most impure metal into the most pure metal. This can be seen as the same way a shaman uses his spirit to cleanses a unclean spirit through rituals and other cleansing techniques.

In The Way of the Shaman by Michael Harner  says, “Shamans have long felt that the power of the guardian or tutelary spirit makes one resistant to illness. The reason is simple: it provides a power-full body that resists the intrusion of external forces. From the shamanic point of view, there is simply not room in a power-filled body for easy entrance of the intrusive, harmful energies known in Ordinary reality as diseases.” This is similar to the way gold is looked among metals as being the purest metal because it’s unable to form an oxide film are can rust or tarnish.

In Edward Kelly Philosopher’s Stone he say’s “Different  modifications of heat cause, in the metallic compound, either maturity or immaturity. The mature is that which has exactly attained all the activities and properties of fire. Such is gold.” Notice how the shaman has to go to the lower land to retrieve his/her power animal to become power-filled. This power is equal to gold ability to attain all the activities of fire which makes it unable to form an oxide film.

It is through the initiatory illness the shaman is able to go to the lower land and retrieve or purify their spirit. The lower land equaling to our hell which is full of fire, with this journey through the fire he learns to purify his spirit and connect which is power animal. This will allow him to help others, that is why he is known as the wounded healer.

Now let’s look at the shaman’s illness and the symptoms also called the "spirit sickness" or "self-loss" and characterized by a loss of appetite, insomnia, visual and auditory hallucinations. There is a chemical reaction that happens in the body that can cause similar symptoms called lactic acid. Very high levels of lactic acid cause a serious, sometimes life-threatening condition called lactic acidosis.  Symptoms of lactic acidosis include rapid breathing, excessive sweating, cool and clammy skin, sweet-smelling breath, belly pain, nausea or vomiting, confusion, and coma. Lactic acid like all acids has oxide properties that can erode certain thing like metal. But as we learn the only metal it cannot erode is of course gold.

I believe the over excess amount of lactic acids is the cause of the shaman illness. Let’s look at what causes lactic acid, when the oxygen level in the body is normal, carbohydrate breaks down into water and carbon dioxide. When the oxygen level is low, carbohydrate breaks down for energy and makes lactic acid. I believe when you re-balance your oxygen levels you find the cure. It usually affects your muscle but can also affect the brain and your thinking process.  Also remember acid is actually liquid vapor similar to ether which is said to be what spirits are made up of.

That is why all the rituals and exercise to heal the spirit are similar to rebalancing your oxygen levels and your brain chemical levels. From prayers which relaxes the mind because stress causes lactic acid. Stretching the muscles help release it the tension and relaxes the nerves, dancing and pow wow’s help circulate the blood. We all know that if your oxygen levels are low is will likely kill you, this is similar to the near death experience of the shaman illness.

Today the amount of toxin In the air and our foods  causing a natural illness which is effecting our  day living. I believe instead of trying to avoid the toxin we should due like shamans and build an immunity to it. For example I live in near New York City one of the most toxic physically and mentally places on earth. Being spiritual and empathic I feel all the ills, what has help me is not avoiding it which would be impossible but learning to embrace it. I personally start my day with about 5 cups of hot green tea a day, using the same tea bag though, throughout the whole day I might drink  10- 15 cups depending how I feel. This helps my body absorb the needed oxygen and release the stored carbon dioxide; I meditate to strengthen my peace. I don’t go around thinking the world is about to end, but rather I’m adventuring into unique wonderland that I have to adapt to. I also take the edge off with a beer now and then I also smoke occasionally. What is important though is like the shaman I do not avoid the fire or trails of life and like gold I try to attain all the activities of fire till I’m unable to form an oxide film. I learn to deal with them and  which help others.