THE HEALING POWER OF PRAYER 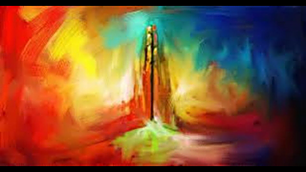 Does prayer have the power to heal? Is anyone up there really listening? Scientists have some surprising answers for you.

Human beings have prayed for thousands of years.  Millions pray every day to some higher power called God.  People of all the major religions, including Christianity, Judaism, Hinduism and, Islam, use prayer to communicate with God and display their belief in the healing power of prayer.  In many countries, prayer is the most frequently used form of alternative medicine.  "Studies have shown prayer can prevent people from getting sick—and when they do get sick, prayer can help them get better faster," according to Duke University's Harold G. Koenig, M.D.

Many people know from personal experience that prayer is an effective therapy.  Prayer is significantly important for human life because it makes intimate communication with God possible.  Now, more and more medical research from leading hospitals and universities across the world have shown conclusively a belief in God really is good for you, making you healthier and happier, and helping you live longer.  The proof of the healing power of prayer is overwhelming, says researcher and writer Tom Knox, a one-time atheist who became a regular worshipper after doing an in-depth study of the medical benefits of faith.  "What I discovered astonished me," admits Knox.  "Over the past 30 years a growing and largely unnoticed body of scientific work shows religious belief is medically, socially, and psychologically beneficial."

Numerous studies show that having faith and prayer boosts the immune system and helps to lessen the severity and frequency of a wide range of illnesses caused by stress, depression, anxiety; while helping to lower blood pressure, and improving cardiovascular function.  “There is a seven-year difference in life expectancy between those who never attend church and those who attend weekly” says Knox.

Prayer is simply conversation with God, and effective prayer requires having faith in God.  Prayer is a way for human beings to become involved and develop a relationship with God.  Prayer provides a way for asking God to meet our need or someone else’s.  Prayer offers us a divine opportunity to correct our behavior and embrace a rightful life.  Prayer sanctifies us and gives us hope to cope with whatever circumstances we may face.  Even if its healing powers sometimes seem to be in the faith of those who are praying, the truth is, prayer is one of the greatest privileges found in every single religion.

How Does the Healing Power of Prayer Work?

We cannot see God but, because of faith, we are aware of His presence around us.  Through prayer, we open a door for God to come into our problems and work on them.  Prayer makes us better able to address the vulnerability, fear, isolation, and loss of control that often accompanies pain and illness.  Prayer makes our relationship with God stronger, and we believe it changes us and the world in which we live.  Our prayers remind us that no matter what scientific advancements we may benefit from, in the end, our lives are in God’s hands.  The power of prayer is undeniable.  Whether you pray for yourself or for others, pray to heal an illness or for peace in the world, or simply sit in silence and quiet the mind — the effects appear to be the same.

The relationship between prayer and health has been the subject of scores of double-blind studies over the past four decades.  During prayer, the body’s metabolism decreases, the heart rate slows, blood pressure goes down, and our breath becomes calmer and more regular.  In addition, prayer increase levels of dopamine, which is associated with states of wellbeing and joy.  What science can tell us is that people who pray and meditate tend to be statistically healthier and live longer than those who do not.  Using prayer or meditation for 15 minutes a day for eight weeks, neuroimaging demonstrated an increase in memory and cognitive clarity due to improved functioning of the frontal lobes.

"Dr. Larry Dossey, a medical practitioner, provides the scientific evidence for the efficacy of prayer at healing and affecting biological systems.  His Scientific Research into the Effects of Prayer clearly shows that prayer can permanently cure your emotional and physical pain without the need for medication.

In his book Larry Dossey states that over 300 scientific studies had been performed on the effect of prayer and over half of them showing statistically significant results.  "Experiments with people showed that prayer positively affected high blood pressure, wounds, heart attacks, headaches, and anxiety” says Dossey."

Human prayer is so powerful that its effects should never be underestimated.  The presence of God in our life gives us hope for the future.  Study after study backs up the benefits of prayer and having faith, especially in prolonging life.  I know it works because, in some of my darkest, most painful and frightening hours, I prayed and God helped me find the strength, confidence and courage to continue to face those adversities.  I firmly believe the spirit of God resides within and moves through each of us.  Open your heart, pray to that spirit and it will help to heal and empower you.  Keep praying because now science is on our side.

Darshan Goswami has more than 40 years of experience in the energy field.  He worked as a Project Manager for Renewable Energy, Micro-grid and Smart Grid projects at the United States Department of Energy (DOE) in Pittsburgh.  Mr. Goswami is a registered professional electrical engineer with a passion and commitment to promote, develop and deploy renewable energy resources and the hydrogen economy.  In dedication to his life serving humanity and poor people, the author supports: India Foundation for Children Education and Care, Inc. (http://www.ifcare.org/).