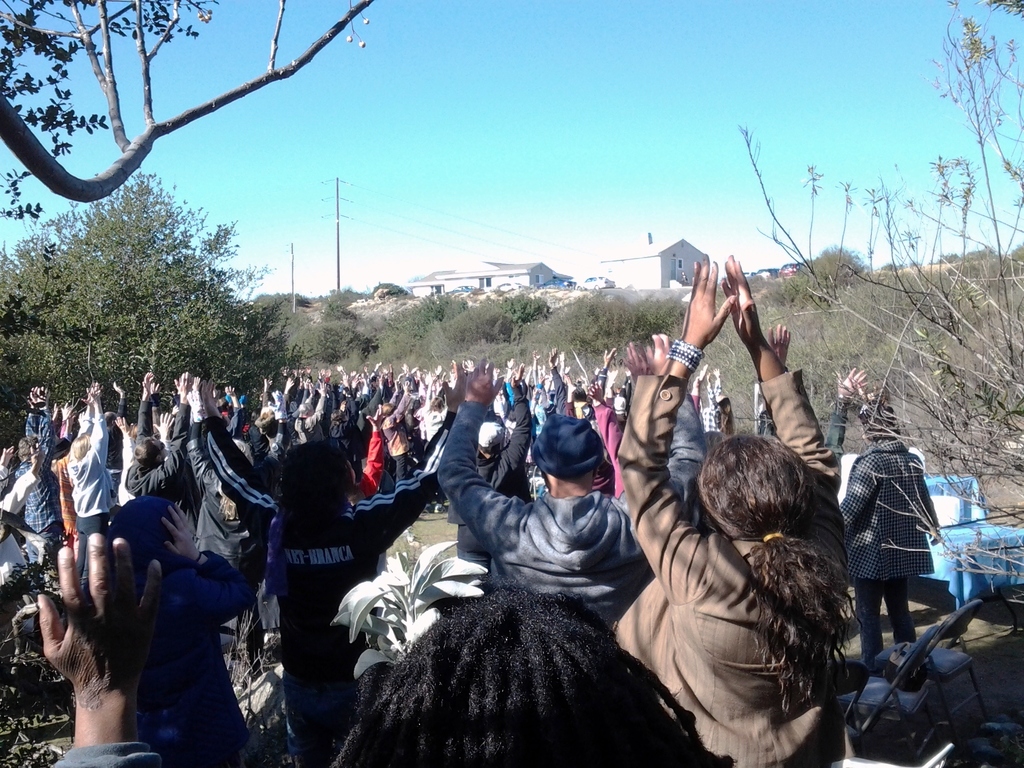 You and I are the force for transformation in the world. We are the consciousness that will define the nature of the reality we are moving into. - Ram Dass

December 21st. It was the end of the world as we knew it. At least that's what we were told. But wait- we are still here. The outer world did not come to an end. There were no mass extinctions, days of darkness or Revelation-esque apocalypses.

But maybe a part of the world as we knew it did come to an end. It was the end of the belief that we need to defend our separate uniqueness. An end to thinking that one spiritual path is more or better than the other. An end of the era of Me.

And what about the day after the world ended? What really happened on December, 22nd 2012?

People planet-wide spent the Winter/Summer Solstice steeped in some emotion. From fear to hope to parody, most every adult around had some opinion and experience of December 21st- the publicized end of the Mayan calendar. After the collective sigh of relief at the dawn of December 22nd, the global consciousness community midwifed Birth 2012. Conceived by visionary Barbara Marx Hubbard and supported by Steven Dinan's The Shift Network, Birth 2012 was intended as a potent collective rite of passage marking humanity's entry into a new era in which we are consciously evolving together. The goal was to reach a critical mass of people - 1% of the world - committing to a positive future together. It was to be the beginning of the era of We.

Did we do it? The overarching impact of the effort was a spectacular achievement. Millions participated worldwide in a beautiful experience of global unity, with the 36-hour Birth 2012 TV broadcast reaching people in 150 countries (10 million on Indian TV alone!) and others participating in collective prayers, songs, meditation, and community hubs.

People who had been safely steeped in their own silos of conscious evolution came together to participate in the creation of an energetic heart coherence that spanned the globe. The veils of separation thinned as millions set forth their loving intention to Oneness. We felt community in a bigger sense than we had ever before based on the technological connectivity available.

Now that we've co-created and experienced this Birth, what's next? This new era is in a delicate beginning stage and it is going to take all of us to nurture and nourish it through its growth stages. What are you going to do as your part? Yes, you. What you do is important. It can be something as simple as sending loving energy to those you care about, including yourself, daily. Or spending five minutes a day in prayer or meditation. Or reading this article and commenting on it as you are so inspired.

The fate of our new era is in our hands. It's time for you to take the next step as the hero of your journey and follow your bliss where it leads. It will take each of us offering our unique gifts to enflesh this era of conscious evolution. To engage in this shift can mean stepping out of your comfort zone and engaging in your soul work at a new level. It can feel a bit risky but the evolutionary rewards are priceless beyond measure.

Cristina Smith hosted the San Diego Birth 2012 Hub for 120+ amazing souls. She is a medical intuitive and subtle energy teacher, coach and healer. You may contact her at Cristina@Heal-Thyself.com