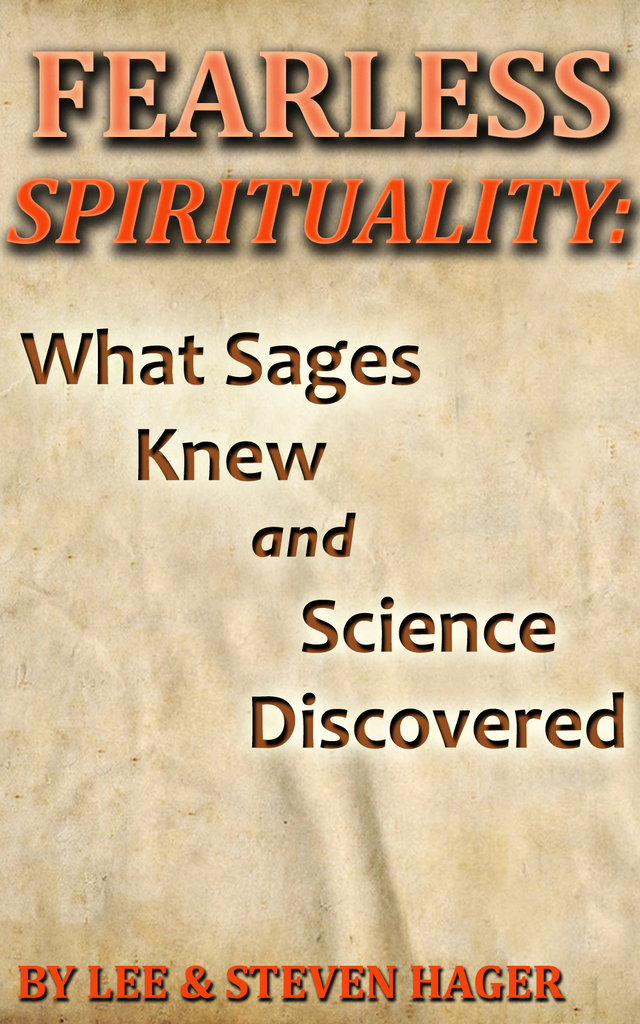 You’ve probably asked yourself one of life’s most frustrating questions: “If God is love, why do we live in a world of fear and suffering?” Did you come up with a
satisfying answer? Many have given up, deciding the dichotomy proves that God cannot exist. But this is a question that deserves a meaningful answer, one
that must go far beyond, “just believe.” Sages who have experienced the Divine directly (gnosis) discovered the answer. As a result, they lived a life of fearlessness. Surprisingly, quantum research supports their discoveries. This liberating information was not meant for a special few, so what keeps most of us from recognizing the simple truths that can free us from fear?  Let the words of sages and scientists hand
you the keys you need to unlock the door to fearless spirituality.

To purchase a Kindle edition or borrow it for free at the Kindle lending library, click here.

Lee and Steven Hager are the authors of several books exploring the dynamic synergy of quantum physics, gnosis and the perennial philosophy. Since childhood, Lee and Steven were determined to know Ultimate Reality. They spent over 25 years as dedicated Christian teachers, but never felt directly connected to Source. Their many questions eventually led to excommunication and a renewed determination to know God.  They persisted in their search for several years, but kept finding the same disappointing answers.  Frustrated by severe chronic illnesses, family and financial problems, they made a suicide pact. Before carrying it out they prayed one last time, but this prayer, and the result, was unimaginably different than anything they had expected or experienced before. Their work draws on their own gnosis and on the wisdom of a wide variety of spiritual masters whose teachings on transcendence and higher consciousness are now supported by quantum research.

The Benefits of Ho’oponopono Phrases and Trigger Words

What Do You See In Your Internal Mirror?

How to Make a Zen Garden