Did you know that good karma doesn’t exist?

Let’s see what Portia and Pallas Athena, members of the Karmic Council from our solar system, say about karma. You can read in my 3. book from the series Letters to Palkies Messages to my friends on another planet, in the chapter Portia, goddess of injustice, and Pallas Athena, goddess of lies where they clearly say in their channeled message that there is only good karma. They use Good only to harm, destroy and kill it, so Evil hurts more. 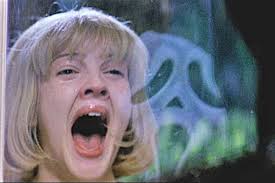 When the Law of Harmony is broken, the embodied soul will be immediately subjected to the Law of Karma. The word ‘karma‘ is always used in a negative sense. There is no such thing as positive karma. A person who has continuously been doing positive, wonderful, and loving deeds throughout his entire lifetime, is then said to have created ‘accumulated good‘ – which is the polar opposite to karma.”

Here you go! Karma is Evil! All incarnated persons are under the occupation of Evil Karmic organization who falsely presents itself as expert and guardian of “Gods Harmony”. Paradoxically, they are doing it by creating, enforcing, increasing, and keeping Evil. All under the karmic occupation are automatically under the Law of the Karmicons; that is the Law of Evil, Violence, and Death.

That is a fact, which is clearly and directly confirmed with the above statement. With that, they are also firmly confirming that they are Evil beings taking care only of Evil. 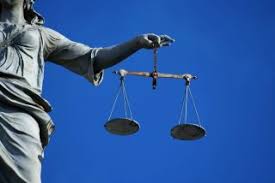 Crime on one side, punishment on the other side – Evil on both sides.

False Good – the karmicons don’t wish us any good at all – is present only for the contrast, so Evil hurts more, it’s for them just necessary Evil. They are concerned that humans, who are good by their nature, won’t gather too much of Good which would be dangerous for them because it would destruct the “Harmony” of Evil. To prevent that, they dissolute Good with Evil. They say that Good is opposite to karma which is Evil, as I described in my 1. book of Letters to Palkies.

“The Law of Karma states that all energies in any form (e.g. thoughts, words, feelings and actions) originating from you that you send out to the Universe, will travel to reach their intended destinations. And once they did, the same energies will then begin their return journeys back to you – often gathering momentum by attracting more of the same (thoughts, words, feelings, or deeds) with the same vibrational frequency – and when they reach you, you will receive/experience that which you had originally sent out, with accurate mathematical precision.”

The Law of Karma is an ordinary construct, a lie, and a big stupidity as you can see yourself. Unawakened have approximately 50.000 thoughts. Every day!

I remember very well the terror of my thoughts before awakening how they have literally obsessed and tormented me. How wonderful is to be awakened, live in the inner silence, and float in Pure Awareness and perfect Freedom.

On Earth, there are almost eight billion inhabitants. The karmicons claim that all thoughts like energy threads travel to their “intended destination” (who set them?), mark their arrival, turn back, pick up all similar thoughts on their way back (how they know where you are now?), and then storm into your head. With “accurate mathematical precision”. Exactly the amount of the thoughts you sent forth despite their own statement that they have increased with the similar thoughts they attracted on their way back. They think we are that stupid to believe this nonsense.

Everyone, who uses in his everyday life at least a small multiplier, can with counting on fingers of one hand quickly figure out that that is impossible. 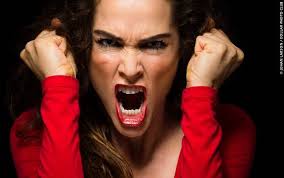 By the Karmic Law, he got back what he sent forth. Multiplied, increased, and strengthened, as they claim. That means that the portion which he got back is not the same as he has sent out. That also means that is not “accurately mathematically precisioned” to that that was sent out.

Angry one will have, besides his new and regularly daily angry thoughts another and at least 50.000 old-new angry thoughts who returned to him back from their destructive mental crusade to the south. They are his thoughts too so they will go through his head again joining the regular 50.000 thoughts making together at least 100.000 angry thoughts. He will then send all of them again to the same or the next target, and they will return to him. And so forth, and back to the infinity of the karmicons stupidity.

I wouldn’t wonder if the karmicons would claim that they can follow each and all of the 50.000 daily thoughts of all eight billion Earthlings with “accurate mathematical precision” from their heads to the targets, and back. Every day, for all persons on quintillions of planets that are currently under the karmicons occupation.

That goes for thoughts only. We have also feelings and emotions, words (spoken, written, singed), and of course actions. The karmicons act as the absolutists, so that includes the animals too. 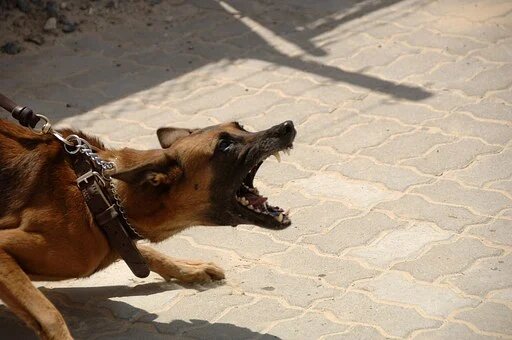 The Law of Karma which they present as “fair”, “just” an impersonal Force is balancing all these energy packs forth and back, so everybody gets back exactly what he sent out. Ha, ha, ha.

The Law of Karma applies to the karmicons too (or?) so their energies of Evil also travel to the “ intended destinations” or us more precisely. We, the humans, are their targets. We can’t defend ourselves from them, so they heinously and cowardly torture us in any possible and impossible way. Their thoughts, feelings and emotions, words, and actions return to them so they become even eviler and eviler.

As you have noticed, they didn’t say a word about what happens with good energies. Why not? Because they are an Evil organization that is interested only in Evil, and Evil thoughts, feelings, and emotions, words, and actions.

If they would do what they claim they do, they should count in also all good thoughts, feelings and emotions, words and action, and “balance” them with bad ones. That would be a kind of balance between good and bad. They don’t do that because Good is not interesting to them at all. They are only into Evil which is on both sides of their equation. They are Evil mathematicians balancing Evil with so is on both sides. 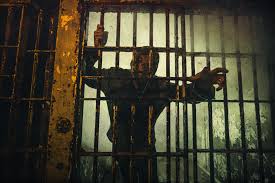 Under the occupation of the Karmic organization, we were all prisoners. Photo: bloodprison.com

The Law of Karma in practice, as the prisoners from the karmic prison on the planet Brot told me, demands that: “Evil is equally dispersed everywhere”. That means that there must at least the same amount of Evil as it is of Good. Rather a little more, of course. :)”

You can read the whole article with the title Portia, Goddess of Justice & Pallas Athena, Goddess of Truth: Right Vs. Wrong, Who Decides?

The whole article is too long for this article, so here is also her page:

The next day, one of the visitors from other planets said that if good karma doesn’t exist, that means that the karmicons can’t balance negative karma with positive karma. That is correct, they “balance” only negative karma with negative karma, so Evil is on both sides. Only Evil and Evil everywhere, that is their balance. That is The Law of the Negative Karma.

You can read more about false karma currency which the karmicons use for extortion of humans and justification of horrendous violence under the guise of “balancing cosmos”, but truly for normalization of Evil, in my article, The Law of Karma is the Law of Evil. (1/2) on:

and in my book series Letters to Palkies Messages to my friends on another planet – the link is at the end of the article. 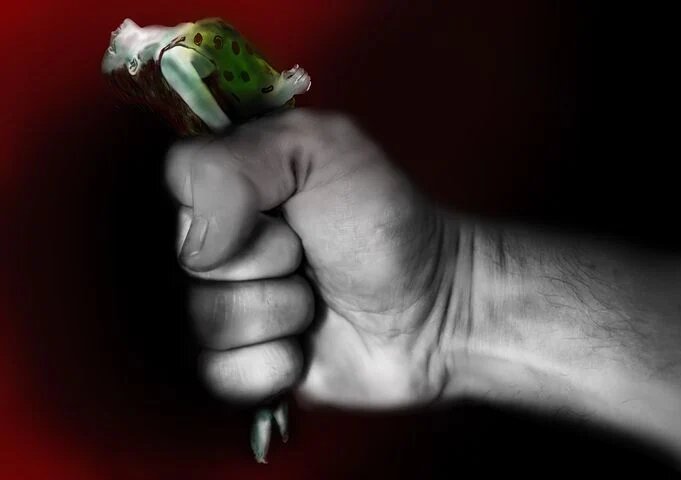 We have ended the Karmic organization on the planet Palki three years ago. I can tell you that Palkies are very much enjoying life without the karmicons black magic, negative karma, karmic debts, and forceful extortion of the karmic debts with poverty, diseases, limitations, harms, crime, violence, and deaths. We showed and proved that the Karmic system and its theory and practice that is based on false laws like the Law of Karma, just a giant cosmic Lie, and that the “balancing of the positive and negative energy” was just a shallow excuse for spreading and executing horrible and terrible Evil.

Our space friends and our other friends from other galaxies who are liberating their solar systems and planets are together with ending the Karmic organizations seizing also all karmicons documentation and technology. After our ascension with Sanja, we will publish a series of books and videos presenting the whole truth about the work of this Evil organization. Until then, prepare for the wonders and miracles, that is coming to Earth. Start awakening, releasing your false Ego partial personalities and their harmful behaviors, and living as Beings of Pure Awareness, Love, and Wisdom. 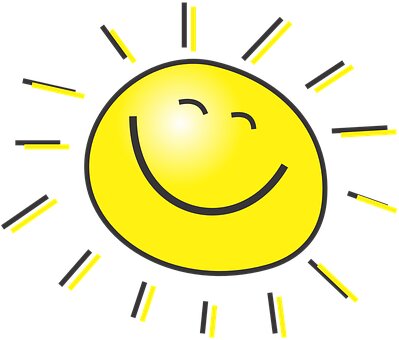 All the best to all.

Senad Dizdarevic is the author of the book series Letters to Palkies Messages to my friends on another planet. He also wrote the book You are not your mind You are Beautiful Being of Pure Awareness.

Read more about the Evil Karmic organization, and the fantastic life after the blockade of Earth in my book series Letters to Palkies Messages to my friends on another planet. You can get Book 1 and 2, and my other books on Amazon:

I invite you to join my readers awakening community and subscribe to my free awakening newsletter for personal, partnership, and family development and you will get 2 nice gifts:

On the first day, you will get a free e-book Where are Don Juan and Carlos Castaneda?

The next day you will get superb exercises for awakening and releasing your harmful partial personalities or the false Ego personality.

You are very welcome.