Gearing up for Revolution

Words that leave a vapor trail. They imply action, movement toward a common good.

But is that what happens when we become warriors for our causes? Are we all better off?

Or, assuming we’ve won - whatever that might mean - have we simply achieved victory for our side?

The mystique of revolution as a social enterprise stands on sturdy legs in the 21st century. Witness the Occupy Wall Street and Tea Party movements. Each provides a rallying point for those sharing similar views. Each instills hope in the minds of partisans that the social landscape will soon tilt in their direction.

But is this change, or is this just rocking back and forth?

If the social change we seek ends in division, one side winning and the other losing, then nothing has changed fundamentally. We noisy counter-culture revolutionaries have only succeeded in preserving the status quo. We remain a divided human race, more warmed by our ideologies than we are by each other.

Is there such a thing as fundamental change? Change that binds us all? Change that is not as impermanent as one built on the shifting sands of politics?

Is there a big gear turning the little gears of our social interactions, a mechanism that sparks the fires we attempt to extinguish with our so called revolutionary actions? Since even our most inspired efforts have failed to unite us, would it not benefit us to investigate the existence of such a mechanism? Our public protests, our coalition building, our intellectual debates, our elections and our prayers have failed to create anything but qualified victories, victories for some but not all. Is this really all we are capable of?

Perhaps the revolution that matters is the one that would occur inside rather than outside us. Perhaps we have failed to create peace in the world because we have yet to create peace within ourselves.

The world is divided because we are divided. In our minds we are not one, but two. We conceive that there is an “I” and a “world", and from this perceived state of separation we attempt to fix the problems of mankind.

But from the outset such a strategy is doomed because it is rooted in delusion. The world is real but the “I” is not. "I" is ego, an abstraction, a waking dream. “I” is the false identity we assume when we become soldiers for our myriad causes: “I” the liberal, “I” the conservative, “I” the intrepid activist. We march into battle unaware that our actions are prompted by a much greater cause: self-preservation. As we raise our fists in support of our political agendas, a larger agenda is being served. Fighting keeps our false identities alive. Win or lose, our egos emerge victorious.

And so we fight and fight and fight, strengthening our illusory identities as we deepen the divisions among us. In the haze of our fizzled revolutions it does not occur to us that the world is broken because we are broken. It does not occur to us that it is our concept of revolution, and not our concept of governance, that must be dismantled for fundamental change to take place.

The revolution worthy of its name begins when we turn our gaze inward to seek the roots of our social dysfunction. It is a revolution without conflict, without fanfare and without the comfort of camaraderie. It is an individual enterprise in which we plumb the depths of our mind to expose the “I” that splinters the world with its insatiable desire for recognition.

What is the source of this “I”? If we look inside with honest intention, is it not apparent that this phantom is spawned from the river of thoughts coursing endlessly through our minds?

As children we immerse ourselves in thought to create a dream world; one minute we’re puppy dogs, the next we’re rulers of the universe. As adults our fantasies differ only in content. We wade into the river of thought and emerge as Democrats or Republicans or Greens or one of an endless array of fictional identities. And then we dip down into the river for thoughts to hold up as our guiding principles – thoughts like peace and justice and honor. We pursue these noble principles with passion and urgency, but neither the pursuer nor the pursued exist outside the borders of our fevered imaginations. We are merely concepts chasing concepts in a sincere but misguided attempt to heal the world.

Is it possible to be invested in the future of humanity when we are so invested in ourselves? Or is this just the story we tell ourselves to salve our conscience when we neatly divide the world into good and evil and trample our fellow human beings on our way to conceptual victories?

Is it evil that disrupts the world, or is it ego? Could it be that we have been looking in the wrong direction for the source of our misery? 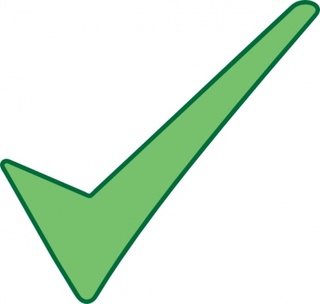