In light of the present pandemic of corona virus, this story may be of interest. This story dates from sometime in the 11th century when there was a local plague somewhere on the borders of Tibet and Nepal. (This story, abbreviated/edited by me, was initially passed on orally, then carved and printed from woodblocks, and eventually translated into English by Garma C.C. Chang in 1962).

"It was in the autumn of the year of the Wooden Horse, while the 24th Constellation was declining, that the inhabitants of Dinma Drin were afflicted with white and black smallpox, and with vomiting of blood, dizziness, fever, and many other severe and contagious diseases. Many livestock and human beings had died.

On the left slope of the Queen of the Azure Heights Snow Mountain, stood a white silk tent with a golden covering. In this tent lay a beautiful girl, wrapped in many bed-coverings, and with a long tassel, which almost reached the ground, in her hair. Her eyes were flame-colored as if she had a fever. She told the Jetsun, who had been summoned and just arrived, she told him,"Last summer some shepherds came and lit a big fire near here. I was caught in the flaming smoke, which made me very sick at the time. Since last autumn I had not been feeling at all well, and today I feel extremely ill. The vapors from our mouths have caused many people in this area to contract many diseases." The Jestsun thought, that's why so many people have caught the pestilence. (The beautiful woman in this story is non-human, of the lower deva evolution, a magical earth-bound spirit. So the pollution caused her sickness...thus these toxic vapors flowed out, as she said...with these particular devas, if one is ill, it affects them all..so these vapors from their mouths is from many, not just the one in the story...In this case she is their queen.) You can find this story, "The Hundred Thousand Songs of Milarepa, pg.333.) 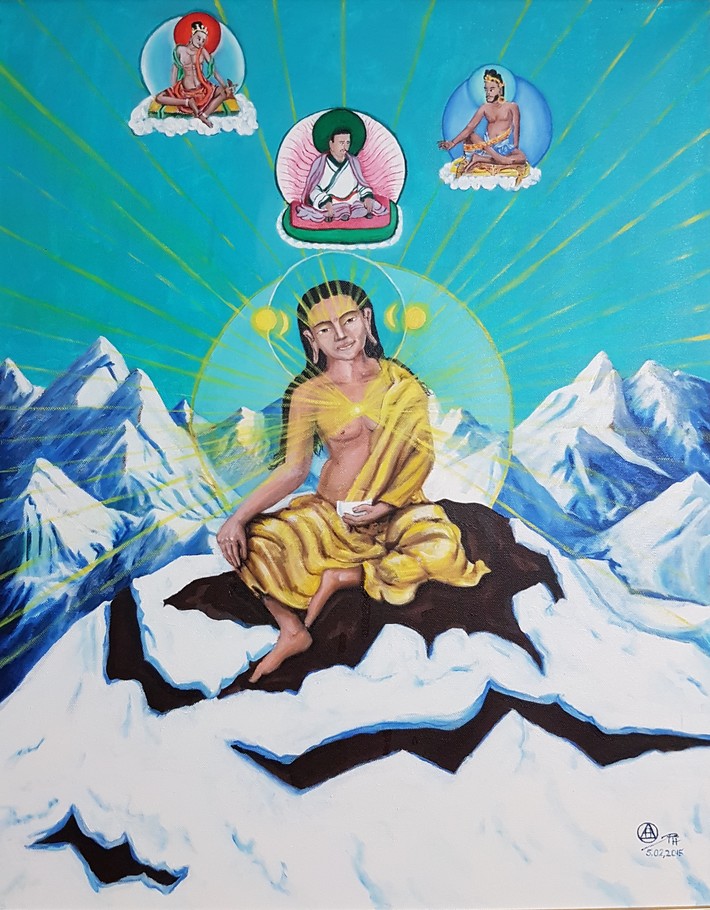 This is my bio, which is on my profile for OMTimes. I would be very happy if my article could be used in your publication.  Bio: Presently, director of Northern School of Esoteric Wisdom and author of "Living on the Inner Edge, a Practical Esoteric Tale. Teacher of meditation and esoteric studies based on a synthesis of Theosophical thought, Vajrayana Buddhism, Yoga Vidya, and the Gurdjieff/Ouspensky Work. I have organized 2 Symposiums on the Ageless Wisdom and I'm presently organizing a conference, "Bringing Back the Masters" for early next year. On top of all this, I'm a painter, primarily of oil and sometime watercolors. I've traveled a great deal, from India, Nepal, Tibet, China, and Egypt, plus Europe.

Hello, my friend Cyrus, thank you for your submission, but per our guidelines, we just accept articles with a minimum of 500 words and with a bio of at least 60-70 words. It is very interesting, if you add these things, I would like to refer this to publication, I believe it would benefit many people this information.

What Will You Do with Your Life After the Pandemic Is Over?

House Cleaning: Keeping The Spiritual Health of Your House