the karmicons are so cynical that they even fabricated the law by which they can torture and torment us. They are falsely presenting themselves as our »legal« owners of our lives and forcing us with their stupidities.

Karmicons Law of cause and consequence is in fact Law of Force. Karmicons are presenting their law as Universal. They refer to a higher power, the »Creator«, and they use this power as a force for violence upon lowers. Firstly, with enforcing their false explanation of the World and Life.

Existence is simultaneous so »legality« of Law of causes and consequences, good and bad karma is nonlegal and void.

Behind the mask of this false law is other »law«, SSSS + R.

1. Surrender, to a higher power.

3. Suffer, you will become a better man.

4. Sacrifice for the higher good and to higher beings. That is what Master is cynically and sarcastically claims from the slave.

He despises him and respects only higher, stronger and more

Important then him. While always looking for the right moment to sabotage them and jump over them. The one he fears, he envies him, slimes to him and gossips behind his back.

When the chance occur, he will stab him in the back and sit on his place. The same way that his predecessor got the same position:)

5. Respect the Master. The slave must give himself and his life to Master, serve him, suffer for him and sacrifice for him. He must respect the Master because he gave him the chance to be his slave. 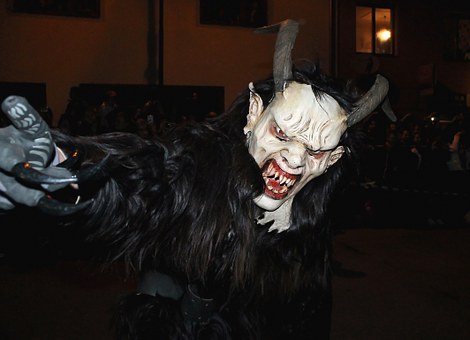 Master is sarcastically mocking the slave and enjoys his suffering for him. He would never humble, so much. But that is just his idea because he is not aware that the same system is subordinating and humiliating him at the same time. Except that he feels better. Until the higher Master won’t squeeze him to.

Master gave himself to the same system, and he is also a slave. He is sacrificing for the system and respects it. The only difference between him and his slave is that he doesn’t suffer. Master took all the fun for himself, so the slave must suffer for them both, says Božo.

Karmicons decide where you will be born, to whom, when, how long you will live, what your parents will be like, about friends, wife or husband, limitations and diseases. And their favorite decision, how much you gonna suffer and how you die. 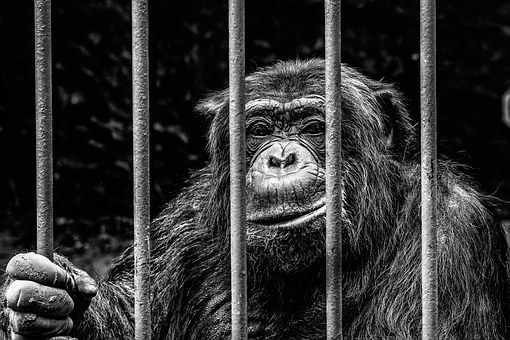 The real school is for the exchange of knowledge and experiences between equivalent and equal beings. Karmicons »School« is with no real content and is a perfect example of a strict formal closed institution or simply prison.

In this prison, people are not learning and experiencing but they force them to obey and execute orders. In natural school, no one has the right to decide about life and death of participants, less alone to limit, subordinate and punish them.

The karmicons School is a school as much as inquisition was law system. They presented them as the law system for punishing the unfaithful sinners and heretics. In fact, that was just the facade behind which the sadists were torturing people and enjoyed their immense suffering.

Sadism and masochism are two ways for understanding, accepting and living Evil. It is possible to deny it, ignore it, normalize and banalize it as unimportant and therefore easily acceptable.

In the karmicons world with at least half of Evil, everybody meets unpleasantries and violence.

Some don’t know hot to get out of it and they think they can live in such a world only if they adapt and live with Evil.

One way of adaptation is to become sadist with an idea that is better to torment other than to be tormented. The masochists think if it has to hurt, let it be pleasurable:) Both are perverted* and in consent with karmicons explanation of Life.

*Not in moral meaning. Perverted as the opposition of real and natural meanings of things where Evil is presented as Good, Lie as Truth, suffering as ecstasy.

Karmicons write sadism and masochism in the scripts of the incarnants and they force them to live them. They want them to have pleasure with sadism in torturing others. Karmicons duplicate them to become like them. With masochism, they force people to enjoy in their torturing. They torment us and they want us to enjoy it. 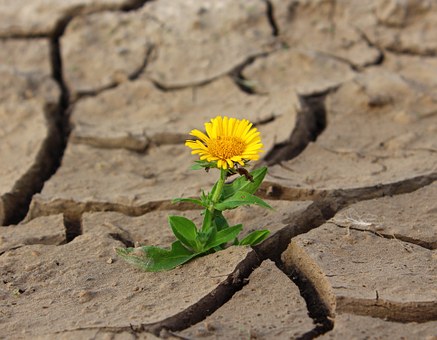 Awakening is the Way beyond Evil into the Pure Awareness. That is The way from karmicons mental, emotional and physical slaughterhouse.

With awakening and realizing our true identity as Beings of Pure The awareness we start the exit out of karma, lies, illusion, and Evil.

With awakening, we are not yet completely out of the karmicons Evil environment but we are very near. As awakened we will still live on Earth, but we will understand Evil. We won’t be doing it, supporting it and trying to deny or ignore it to lessen his impact. We will know it as it really is, unpleasant, harmful and painful expression of basic unawareness about the true identity of all unaware beings that are practicing and enjoying it, including karmicons.

We will know that we can live without Evil because Life doesn’t need it. We will realize that karmicons are just common liars.

Life needs no Teacher no Guru no Master no Owner and no one to teach it how to live. Life knows to live, and it does perfectly and naturally.

Senad Dizdarević is the author of a new model of simultane and natural way of life in which we are all real, original and sovereign beings. He is also a planetary mentor for awakening and development of the planet Palki.

Senad is the author of book series »Letters to Palkies Messages to my friends on another planet« and book »You are not your mind, you are Beautiful Being of Pure Awareness«. Visit him at https://www.letterstopalkies.com

Transcendental Knowledge: How to Learn More About Your Future

3 Reasons Vedic Astrology Can Help Us Create a Better Reality

Carmen Harra and Alexandra Harra: Love and the Seven Archetypes

How to Know if You Are Compatible